Morocco-focused potash developer Emmerson (AIM:EML) has completed the preliminary design and cost estimates for mine access at its 100%-owned Khemisset potash project. 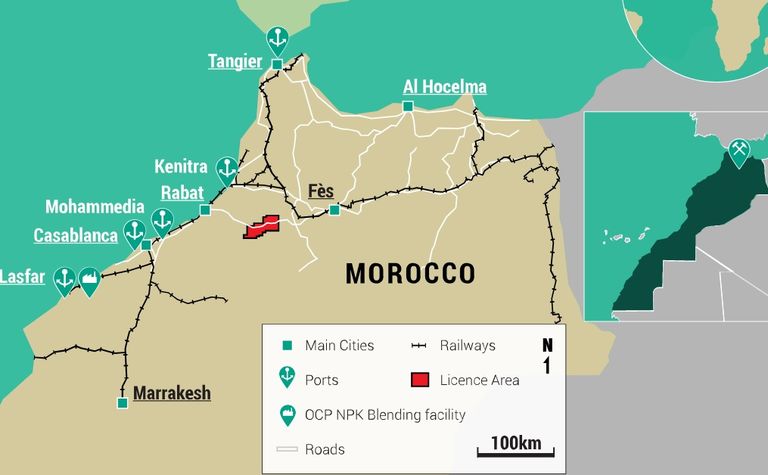 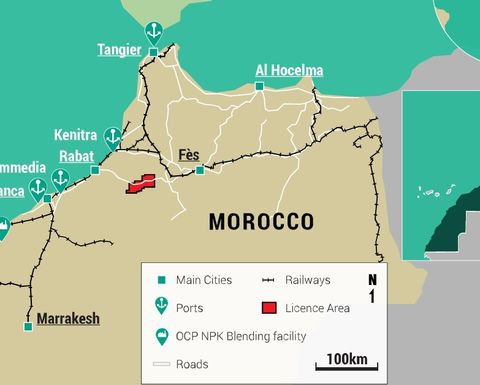 The twin decline build will cost a forecast US$35 million, including 30% contingency.

Emmerson said the declines had been designed to access the primary horizon in the higher-grade eastern edge of the deposit, at a depth of about 610m below surface, and would take around 17 months to construct.

"The decline position and orientation has been selected to access the highest-grade part of the deposit at the shallowest depth while also allowing the plant site to be located as close as possible to the existing local infrastructure," Emmerson said.

CEO Hayden Locke said the work on the preliminary decline design and cost estimates reinforced the company's belief that Khemisset could potentially be a low capital cost potash development.

The company compared its pre-scoping study shallow pit project with Canadian potash operations and called the difference in capex between a two or four-shaft operation and Khemisset a "cost saving".

The complete scoping study is expected in the March 2019 quarter.