Emmerson has signed an offtake agreement with an unnamed global fertiliser group for all the K60 muriate of potash (MOP) to be produced at its Khemisset potash project in Morocco. 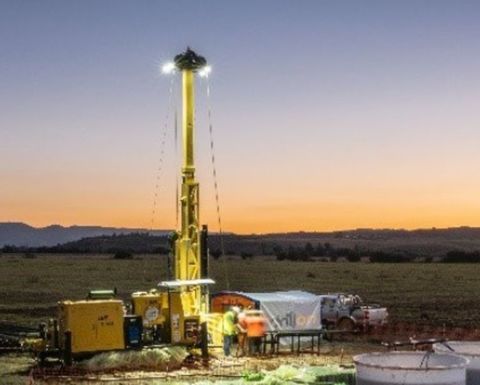 The two counterparties signed a heads of agreement for up to 80,000 tonnes per annum of MOP over an initial five-year period, with the parties having until the end of September to negotiate commercial terms for a binding agreement.

Emmerson declined to give the name of the offtaker due to the agreement's confidentiality terms, but said it was a "leading global fertiliser trading, distribution and marketing company with a geographical focus on the Brazilian, African and North Western European markets".

It said, once producing, Khemisset would be the closest producing potash mine to each of these key markets and its advantageous location in Morocco was expected to make Emmerson one of the highest margin potash producers in the world.

The company added the offtake counterparty was an ideal long-term partner for the Khemisset project, as it had a significant footprint in the "lucrative" Brazilian market, including fertiliser blending facilities.

CEO Hayden Locke said the partner's footprint in the fast growing Brazil and more mature North West European markets made them "an ideal partner for Emmerson as we focus on those markets where we would have a strong transport and logistics advantage".

"We believe potash produced in Morocco will be in significant demand for a number of important consuming markets, and this heads of agreement reinforces that belief."

Emmerson added the agreement would help in its upcoming conversations with potential debt financing partners, by providing confidence.

"Strong sales and marketing partners will be fundamental to supporting our eventual discussions with financing partners and we believe our sales partner will provide significant confidence to all potential lending syndicates for the project," Locke said.

Cheap and cheerful the mantra for EMEA potash hopefuls

Emmerson to receive debt financing up to US$230M