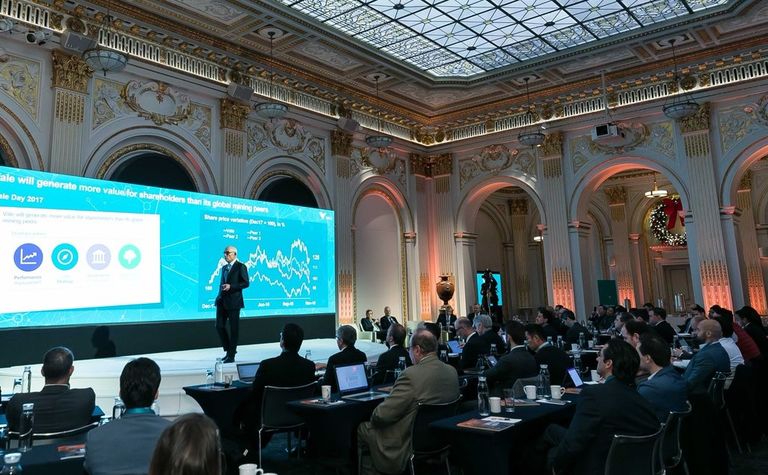 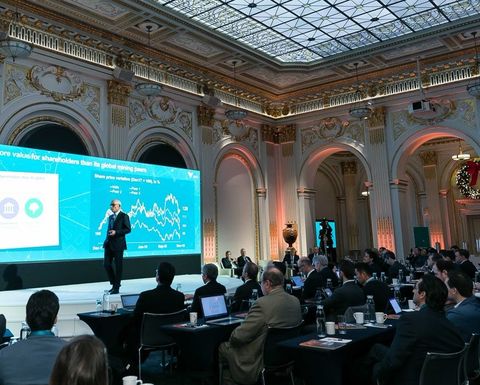 CEO Fabio Schvartsman at the investor day at the NYSE

At a wide-ranging investor day in New York this week, Vale announced a nickel exploration joint venture with Glencore, flagged a limited Samarco restart in 2020 and said it was investing US$2.9 billion in the next five years to reach a 95% share of premium products.

Vale said it had reached an agreement with Glencore to jointly explore Vale's Victor orebody and Glencore's Nickel Rim South mine in Canada.

CEO Fabio Schvartsman also said Vale would invest $500 million from 2019 to 2022 in its New Caledonia nickel mine "on our own" - an operation where it had previously been seeking a partner.

He said the most important issue was the challenge in base metals.

"Because Vale firmly believes there will be a growth in the demand for nickel for batteries given the EV revolution and we want to have our operation ready to deliver what is expected, when and if this revolution happens," he told reporters at the investor day press conference.

He also said the Samarco iron ore operation in Brazil, a joint venture with BHP that has been shuttered since November 2015's deadly tailings dam failure, would restart on a limited basis in 2020 and was expected to start generating cash in 2023.

"We are going to start at one-third of former capacity of Samarco … and the ramp-up will have to be very slow," Schvartsman said.

In iron ore, the company is planning to expand S11D to 100 million tonnes and Northern System logistics to 240Mt, with a capex of $770 million and an expected start-up in 2022.

"We are going to generate lot of free cash flow," Schvartsman said.

Vale shares were off slightly in Brazil yesterday but are up 31.35% year-to-date, given the company a market capitalisation of about $72 billion.