With automotive demand for lead-acid batteries in the slow lane during 2019, commercial intelligence firm Wood Mackenzie expects the global lead market to transition to a surplus this year following several years of significant deficits. 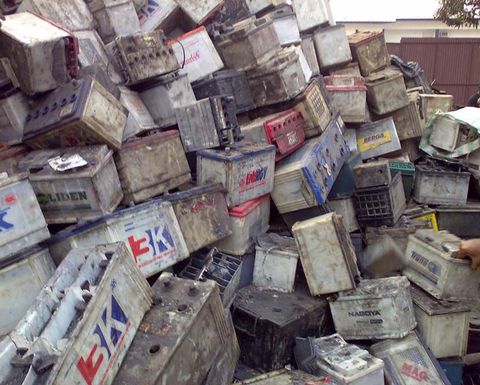 The US market lost more than 500,000t of contained lead in scrap lead-acid batteries last year

Principal analyst Farid Ahmed said this week original equipment (OE) manufacturers in the US and China, which accounted for about 40% of the world's automotive manufacturing capacity, experienced production contractions during 2019, with pressure expected to persist in these key markets.

Global OE demand shrank last year, with China down 8% and the US down 14%. Global OE demand is forecast to revert to growth of 1.2% this year but with US OEs almost flat and Chinese OEs down again by 1.6%.

"India is a key emerging market, with total demand forecast to rise by 5.6% in 2020, a relatively healthy increase but well down on the average 8% a year in the past decade. However, we expect Indian OE automotive battery consumption to grow by 3.1% in 2020, much lower than the 7.4% a year average of the past decade," Ahmed said.

Global growth in the vehicle industry is expected to remain flat over 2019 at about 2.4%.

"But the slowing growth rate of new car production enhances the importance of the replacement sector, which is more than three times larger than OEs in terms of lead consumption. This is particularly true for China, as the previously meteoric growth in vehicle ownership slows, its automotive market matures, and existing cars require new batteries.

"Our current forecast is for a 2.3% increase in global automotive lead consumption. However, there are still many unresolved variables capable of influencing this."

Compounding matters is no significant mine supply growth expected this year.

China is close to being self-sufficient in refined lead, only occasionally having to import in recent years. Prolonged outages at Australia's Port Pirie smelter and subsequent closure of the Brunswick smelter in Canada resulted in refined supply tightness being felt more keenly outside China.

"Any displacement of non-concentrate feed also risks putting downward pressure on the higher TCs that encouraged it. However, if the alternative is a substantial rest-of-world smelter bottleneck, TCs for concentrate must rise substantially."

"Strengthening LME lead prices relative to SHFE lead prices will make it more expensive for Chinese smelters to import concentrate. As we have already witnessed, this contributes to upward pressure on TCs. Increasing TCs, coupled with strengthening LME prices, will encourage ROW smelters to take steps to raise their utilisation of nameplate capacity," said Lloyd.

Meanwhile, a potential tightening of refined lead supply looms over the US market for 2020.

"Last year saw a significant year-on-year decline in US consumption, easing its lead deficit to about 400,000 tonnes. But the substantial drop in US demand over that period meant that imports, as a proportion of total consumption, were almost unchanged," said Ahmed.

"Compounding the problem for the US is that it is haemorrhaging lead scrap, the key raw material for America's lead industry. Mexico is the principal destination for these used batteries, but Korea has been increasing imports by an average of 13% a year over the past decade, including a 78% jump in 2019, which could feed into rising premiums for the US automotive industry.

"The US market lost over 500,000t of contained lead in scrap last year to just the four leading recipients: Mexico, Korea, Canada and India. This represents one-third of its total annual consumption," said Ahmed.