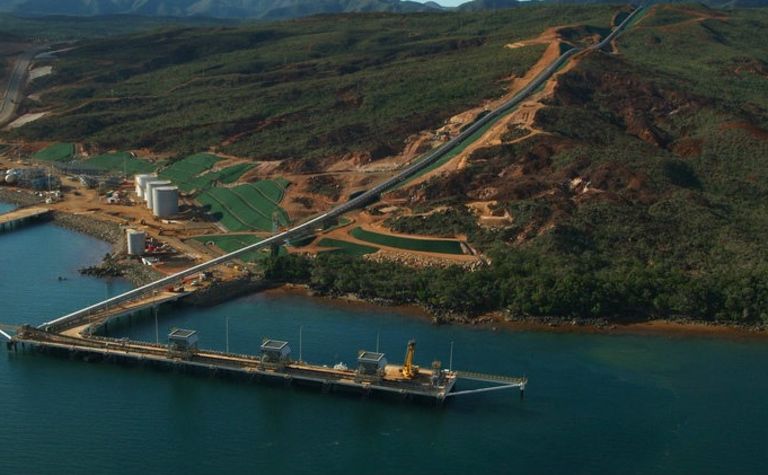 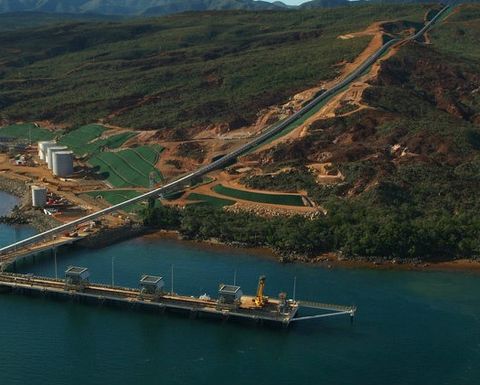 The port at Vale’s New Caledonia operations, at the French territory in the Pacific Ocean

The company had announced an exit strategy for VNC in the France-governed island in the Pacific Ocean in December.

Travers said Vale received some non-binding offers for VNC at the end of February and he did not believe the COVID-19 pandemic would impact the process too much.

"So we have a good level of confidence that we should be finding a potential investor in the next month or two," he said.

"So we would say that, that's the route that's higher likelihood than a closure at this point in time."

The company had said it would close the VNC refinery this year and only produce nickel hydroxide from the operation.

The nickel market would enter a surplus this year, rather than see continued deficits, Vale said in its first quarter results this week.

The company also announced yesterday it plans to resume dry processing operations at its Timbopeba iron ore mine in the Mariana complex next week, which would produce about 330,000 tonnes a month.

Timbopeba was suspended in March 2019 as Vale faced increasing scrutiny following the fatal collapse of its tailings dam at Brumadinho in Minas Gerais state which killed about 270 people.

"This is another important step to resume and stabilise our iron ore production in the southern and southern distant systems," CEO Eduardo Bartolomeo said on the conference call.

Vale expects wet processing at Timbopeba to resume in the fourth quarter after a pipeline for tailings disposal was completed, which would take the operation back to full production capacity of about 1 million tonnes per month.

The company said the resumption of dry and wet processing at Timbopeba had been included in its revised 2020 iron ore fines production guidance of 310-330Mt.

The company this week reported a net income of US$239 million for the March quarter, reduced 2020 capex to $4.6 billion and improved its cash position to help address the "challenging times" brought by the pandemic.

Receives licences for project in Brazil