New signs of stress for one of China’s most bankable homebuilders have dashed hopes that the worst might be over for the country’s embattled property sector, further clouding the Chinese outlook for copper and other base metals. 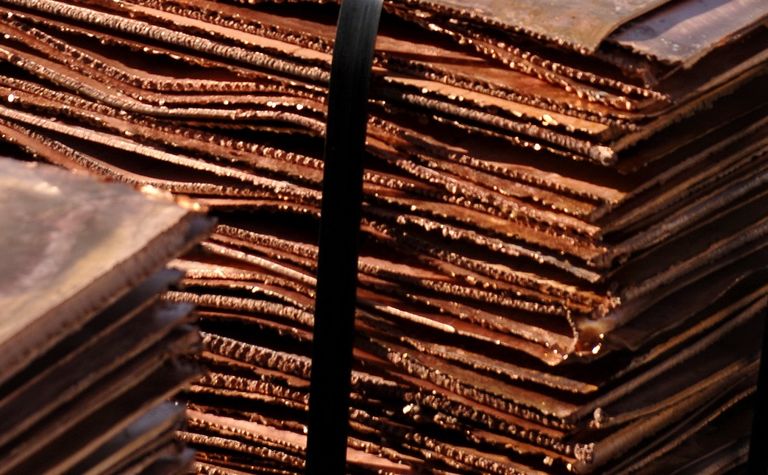 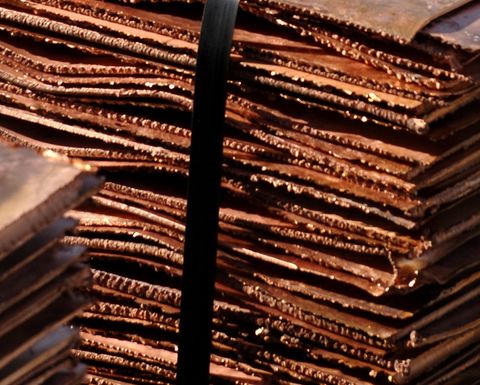 Shares of Shimao Group and its property services subsidiary slumped after the developer announced a connected-party acquisition that raised red flags over corporate governance.

"We think this connected party transaction not only implies tight liquidity conditions for Shimao, but is also a corporate governance red flag as it is essentially transferring the cash from property manager to developer level," said the analysts, who downgraded both Shimao Group and Shimao Services.

The negative reaction to the transaction prompted both Moody's Investors Service and Fitch Ratings to downgrade Shimao to junk on Friday. "Shimao's slow progress regarding its fundraising and refinancing arrangements activities recently has increased uncertainties over the company's ability to manage its refinancing needs," Moody's said, noting that Shimao has $1.7 billion of foreign bonds, RMB 8.9 billion of Chinese bonds and sizable offshore bank loans due next year.

Shimao's troubles prompted a wider selloff this week in property stocks, including Hong Kong-listed developers Country Garden and R&F Properties. Ranked 13th among Chinese developers by contracted sales last year, Shimao was formerly seen as one of the sector's strongest players. Its difficulties have undermined hopes that higher-rated developers would be able to weather Beijing's property crackdown.

The sense emerging from China economists and metals analysts is that the property sector's days as a major long-term driver for metals consumption are over, as the Chinese government shows no sign of halting its deleveraging campaign aimed at defusing financial risks and making housing more affordable.

This contrasts with a more buoyant mood just last week, following early signs that the situation was stabilising. Some Chinese property developers had started to repurchase overseas bonds, while some investors bought dollar bonds issued by local homebuilders as home sales, land purchases and financing channels for developers normalised.

Newly constructed floor space in China stood at 1.83 billion square metres in the first 11 months of this year, down by 9.1% from the same period of 2020, while completed housing space climbed by 16.2% to 687.5 million square metres, according to the official statistics bureau.

Chinese authorities started easing controls on the property market last month, but the long-term view is that the industry will remain under continuous downward pressure. "We are actually pessimistic about China's real estate market in 2022, especially in the first half (H1) of the year," said Zhu.

The impact of the property downturn is also spilling over into copper-related downstream sectors such as home appliances like air conditioners. Chinese production of air conditioners, which use copper tubing, fell month-on-month from February to October but then rebounded last month. Air conditioner inventories in China have built up to a record high, which will weigh on manufacturing and subsequent copper demand, according to Zhu.

With the Chinese government's property crackdown expected to stretch well into next year, power and infrastructure will need to pick up the slack in copper demand. Electrical utility accounts for a majority 45% of China's copper consumption, but demand growth from the sector slowed this year.

State Grid Corporation of China pledged in its 2020 corporate social responsibility report released in April that it would step up power grid investment by 2.8% year-on-year to RMB 473 billion in 2021. But the pace of investment has been relatively sluggish - the utility invested RMB 340 billion in the first 10 months, equivalent to only 72% of its annual target. This has fed into relatively disappointing copper deliveries for power grid use this year.

Next year is expected to see an improvement as infrastructure projects backed by local government special bonds issued this year come into play. National power grid investment is anticipated to approach RMB 3 trillion over the 14th Five-Year Plan (FYP) period in 2021-2025, which would comfortably surpass the RMB 2.57 trillion and RMB 2 trillion spent in the 13th and 12th FYP periods respectively, although analysts have cautioned that actual copper use will depend on investment focus and materials prices.

China's copper cathode output this year is set to come in below expectations at 9.95Mt, which would represent an increase of 6.99% from 9.30Mt last year and from 8.94Mt in 2019. Growth is anticipated to slow in 2022, coming in at around 5% that will be mainly contributed by new projects from Yangxin Hongsheng Copper, Zijin Mining and Dongying Fangyuan.

Property the key for China's copper prospects in 2022