Golden Mile quick on the trail of new nickel find

A new sulphide nickel complex west of Southern Cross? That is the tantalising prospect on the radar of Golden Mile Resources (ASX: G88) after the company surprised itself and the market with the progress made at Quicksilver in Western Australia’s South West Mineral Field over the past six months. 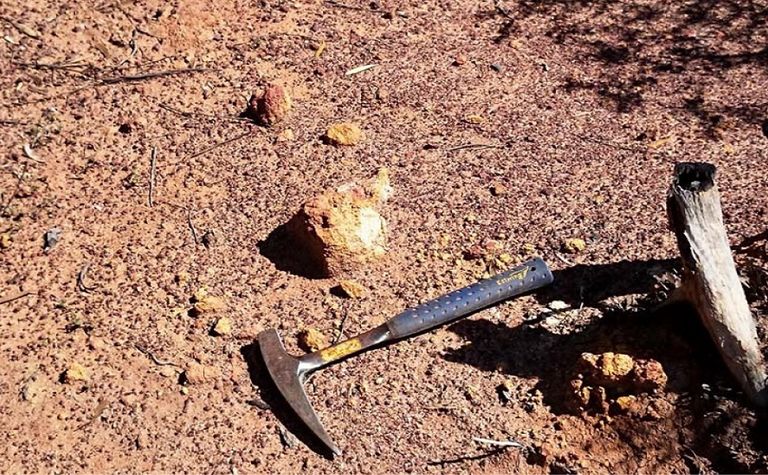 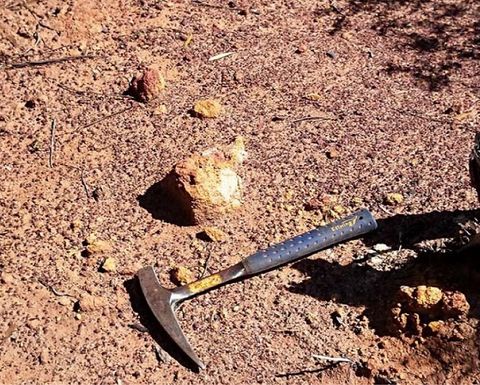 Quicksilver laterite cover ... Surprises have been at depth

While a series of shallow RC drill intercepts of nickel and cobalt have validated previously held views about the extensive supergene resource potential along the interpreted ultramafic stratigraphy (and 15km of strike) at Quicksilver - putting the company on a course to post a maiden resource for the project later this year - it is the early signs from bedrock contact in drill holes and electromagnetic survey indications of sulphide conductors that has experienced heads both inside and outside the Golden Mile camp more than a little enthused.

Golden Mile is using the services of Newexco and the veteran team behind most of WA's best sulphide nickel discoveries of the past two decades at Quicksilver.

Newexco is helping guide the junior's exploration program, including ongoing geophysics and drilling.

Further down-hole EM survey results will soon come from the "priority" Anomaly 1 - or Wyatts - area, where Golden Mile managing director Tim Putt says the MLEM survey identified the strongest and most consistent geophysical response to date, starting only about 100m below surface.

"That is a 500m-long anomaly that has modelled conductance well in the range of expected values for a sulphide nickel target," Putt says.

"It is our highest priority drill target from the modelling of the moving loop EM."

As well as facilitating the DHEM emplacement and producing a string of encouraging near-surface, silica-rich mineralised drill intercepts over a 5km strike zone, Golden Mile's drilling so far has added to the emerging picture at depth with the mineralisation detected in the bottom of a number of holes.

"When we first started drilling at Quicksilver we used aircore, with the getting down to around 30m. What we noticed was in the bottom of nearly all our aircore holes we had mineralisation.

"What we discovered once we started drilling RC was that the good nickel mineralisation in the system is actually hosted by a silica-rich unit, which appears to be some sort of alteration, and that can penetrate down to over 100m of depth. And so we were getting these thick intercepts of [nickel] mineralisation … with anomalous cobalt in there as well, from only 20-30m below surface.

"Then when we started extending a few RC holes down into fresh rock, to make sure we had the whole profile, we found we were getting mineralisation to the bottom of those holes as well.

"We put two deep holes to 180m on the north end of Anomaly 2 where we have some high-grade mineralisation and results of over 3% nickel [in the shallower drilling]. At the Anomaly 3 area, too, we've put three holes across the top of the anomaly and in those holes we've seen disseminated sulphides, some of it quite strong … We're seeing quite a lot of pyrite and pyrrhotite - which are potentially pathfinders for what could be lying further at depth.

"So we've drilled underneath those high-grade results to see if they have a deeper source … and to enable the down-hole EM survey, and I've got to say we've been fairly encouraged by the results. Our current thinking is the project has evolved to a level where we're asking, what if there is a primary sulphide underneath this?

"We're seeing all the right things. 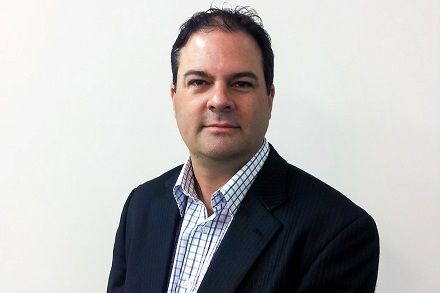 Tim Putt: "One of the things that's surprised us about Quicksilver is that every time we do some more work on it, it actually gets bigger"

"We've just completed another program of drilling to round out the initial supergene resource. We've now drilled over 10,000m into the area; approximately 150 drill holes into the supergene zone, and the resource geologist will start looking at a resource estimate as soon as all the assays are received.

"Normally when you start looking at these things and drilling them they get smaller.

"One of the things that's surprised us about Quicksilver is that every time we do some more work on it, it actually gets bigger.

"The initial footprint of this thing was 1.5km, then it was out to 2.5km, now it's out to 5km. We've been doing work along strike - we've got 15km of strike and we're seeing the right geology and the right things going on another 5km along strike.

"So this is a potentially big system and we've only explored a very small part of it so far. And it seems to be coming up trumps."

When Golden Mile listed on the ASX in the middle of last year its Leonora gold assets in WA's North-eastern Goldfields were high on the company's list of exploration priorities. Putt says it quickly became obvious, though, that "Quicksilver was something special", sitting in a mineral terrane that has yielded world-class multi-metal deposits such as Boddington (gold) and Greenbushes (tin, tantalum, lithium), and in an infrastructure-rich region.

Close to a district railhead and under-utilised rail line that runs directly to the port at Albany, Quicksilver also has nearby power, water and paved roads.

But no nearby sulphide nickel mines. They tend to crop up further to the east.

Putt worked more than a decade ago with veteran geologist Brian McCrow in the area where Golden Mile has its 60sq.km land package. They were heady times for nickel in established belts.

"Brian worked for Australian Selection back in the 1970s and had an outstanding knowledge in regard to the region," Putt says.

"He and I spent some considerable time wandering around the south-west looking for these ultramafic nickel targets. My enduring memory of it was he said, that thing over at Pingaring [nearby rail-head], that's one of the only ones that I know of that I'd have a good look at.

"And here we are.

"This is the first significant nickel discovery in the south-west.

"Previously most of the nickel found, in the Yilgarn at least, is east of Southern Cross. This is the first significant thing to be found west of it.

"There had been a little bit of work done on Quicksilver historically that indicated it was a fairly large nickel-cobalt target.

"And as soon as we started drilling it we found it was considerably larger than we thought.

"Having a sulphide deposit at depth could be a massive driver in adding value to the company, as we saw with Sirius [Resources] at Nova."

Golden Mile expects to convert a substantial supergene nickel exploration target at Quicksilver, though the grade and tonnage numbers are yet to be estimated.

"One good thing about it is it all sits on a hill near surface so it does have some strong, compelling characteristics to it," Putt says.

Money in the ground

The company has used its cash judiciously since listing, keeping overheads low and the exploration approach extremely pragmatic, and has more than A$2 million in the bank now.

"The potential for the nickel sulphides at depth at Quicksilver make it a compelling target and I think also a great investment opportunity because it's still early days for us," Putt says.

"We did hit the ground running and we will continue to put most of our money in the ground.

"I'm very fortunate to have a good board and a very good technical team working with me.

"For us it's all about finding things.

"Our immediate focus is on finishing the work on the supergene resource and getting that out to the market, and drilling the EM targets and working out what's going on at depth with these conductors. I don't think the market really appreciates yet the size of these targets. Anomaly 1 by itself is more than 500m long and only 100m below surface, which stacks up very well against other significant WA discoveries at the same stage.

"And my guess is it will follow a natural evolution from there because in the event we start drilling these conductors and they come up with massive nickel sulphides I think that part of the program will take on a life of its own."

Golden Mile goes back to the future 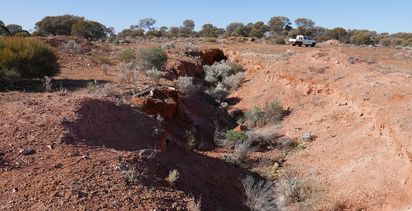 Space mineral search could be getting off the ground

Does Rio Tinto have gold aspirations?