Australian coal miners’ share prices have been smashed as the ramifications of a decision by the Dalian port complex of China to stop processing coal imports from Australia sinks in. 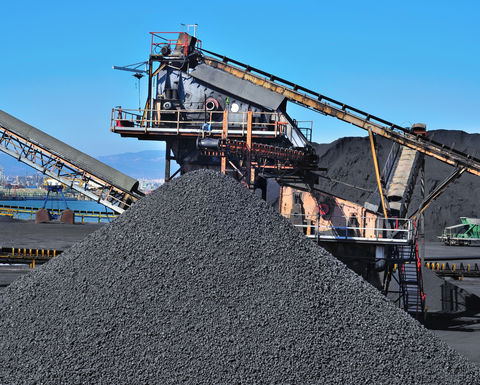 The Reserve Bank of Australia governor Philip Lowe expressed concern about the economic impact of a protracted ban by the nation's largest trade partner.

Lowe told Australia's House of Representatives Standing Committee on Economics that the restriction on Australian metallurgical coal exports from entering China would not have "a dramatic effect" on the economy, but it was important to "wait and see" what the underlying cause of the ban was.

The dollar plunged more than 1% on the initial wire reports of the ban from the critical five Dalian ports, which threatens to derail an important swing market for Australian coal exporters.

Australia exported about 36 million tonnes of metallurgical coal to China in 2018, 20% of Australia's total met-coal exports.

BHP CEO Andrew Mackenzie said earlier this week the delays at Chinese ports had grown from 25 days to 45 days.

Market darling Stanmore Coal was sold down 3.8% in morning trade on Friday despite issuing a statement that its main markets were in Japan and Korea.

"The significant majority of Stanmore Coal sales and all of its long term contracted sales are to customers in Japan and Korea," it said.

"Stanmore has limited exposure to China through spot sales which are also made to customers in a range of other countries.

"Stanmore will continue to monitor the situation to determine whether there will be any impact on the company's coal sales."

Other Australian coal miners hit included New Hope Coal, which was down 4.4%, Bounty Mining, which dropped 12%, Chinese majority-owned Yancoal fell 3.7% and Whitehaven Coal was down 1.6%.

Suppliers to the coal mining industry were not spared either with underground coal contractor Mastermyne down 3% and Emeco down 3.8%.

"The high quality of seaborne coal, and difficulties securing alternative coals domestically, should insulate coal exporters from much deeper cuts, despite strong signals from China," he said.

"Australia would account for most of the volume reduction as it represented more than 75% of China's seaborne metallurgical imports in 2018.

"China's seaborne thermal coal imports are estimated to reduce by 15Mt in 2019, taking into account the risk of wider coal import restriction. Australia could also be most affected by a similar restriction."

On implications on metallurgical coal, Wood Mackenzie's research director Robin Griffin said a prolonged China-wide ban could have enormous implications for markets in both countries.

"The possibility of adverse impacts on China suggest a long term ban is unlikely," he said.

"Some of the most prominent impacts could include Chinese domestic prices would spike.

"Prices for low sulphur premium coals in particular would rise as importers scramble to replace Australian coals. We expect that short term replacements will be hard to find domestically."

"Weaker coals make up the majority of Mongolian exports so in the short term direct replacements for Australian coals would be limited," he said.

Australian miners not feeling the pinch yet.