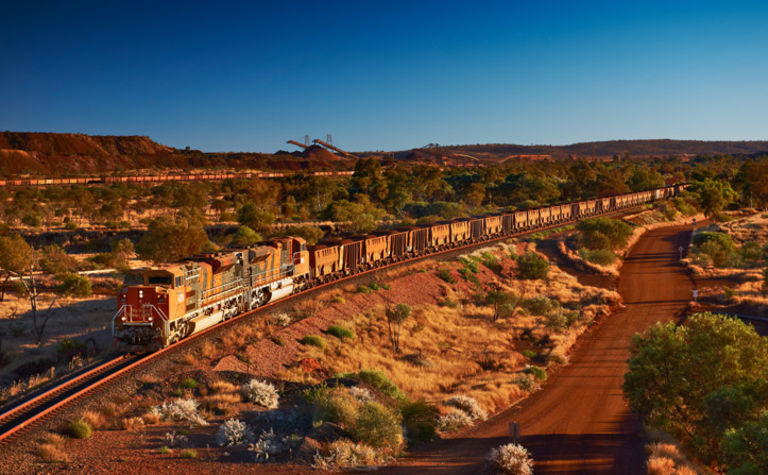 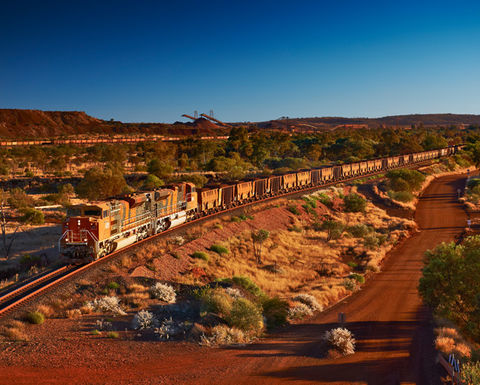 A BHP iron ore train near Newman in Western Australia

Earlier this month, BHP flagged a 6-8 million tonne impact from Tropical Cyclone Veronica, and confirmed that today by cutting 2019 financial year iron ore guidance to 235-239 million tonnes, or 265-270Mt on a 100% basis.

BHP increased its iron ore unit cost guidance from below US$14 per tonne to below $15/t.

The company attributed the rise "to the lower volumes, direct costs of remediation, increased demurrage, rehandle to manage stockyards and opportune maintenance at the mines during port downtime".

It said private royalties were also expected to be higher due to higher iron ore prices.

BHP also lifted cost guidance for New South Wales energy coal from $43-48/t to $51/t due to a change in mine plan to reduce cycle times, focus on higher quality product and address challenges with labour hire attraction and retention.

Year-to-date energy and metallurgical coal production was flat at 20Mt and 31Mt, respectively.

Copper output increased by 1% quarter-on-quarter to 420,000 tonnes, though year-to-date output of 1.24Mt is 3% below the previous year.

Year-to-date nickel production was down 13% to 58,700t due to a fire at the Kalgoorlie smelter late last year.

Petroleum production for the nine months to March 31 was unchanged at 92 million barrels.

"During the March 2019 quarter, we had a strong operational performance despite weather impacts across Australia and Chile," BHP CEO Andrew Mackenzie said.

"We approved Atlantis Phase 3 and now have five major projects under development. Those projects, our work on transformation, technology and culture, and our successful petroleum and copper exploration and appraisal programs will grow value and returns for years to come."

Aside from Atlantis, the other projects are the $2.1 billion Mad Dog Phase 2 in the Gulf of Mexico, the $2.46 billion Spence growth option in Chile, the $3 billion South Flank iron ore project in the Pilbara, and the $2.7 billion Jansen potash project in Canada.

BHP has spent $122 million on exploration so far this financial year, focussed on copper.

The company broadened its footprint in Ecuador by signing a non-binding letter of intent for a joint venture with Luminex, and this week, it invested in Canadian explorer Midland Exploration.

Drilling has resumed at a potential new iron oxide-copper-gold discovery to the southwest of Olympic Dam in South Australia.