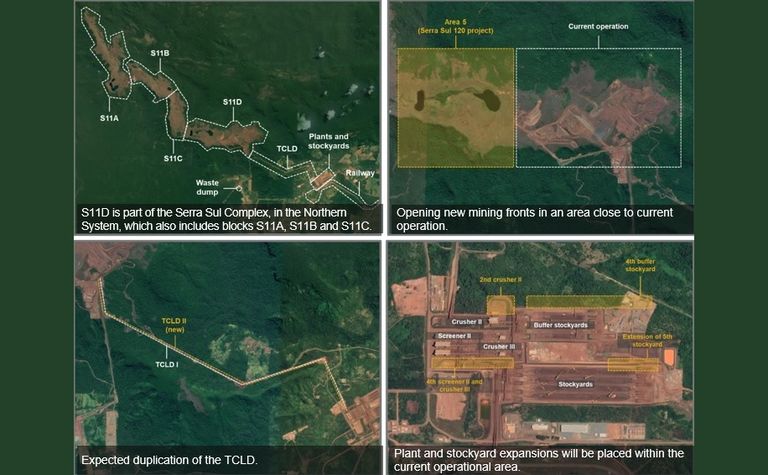 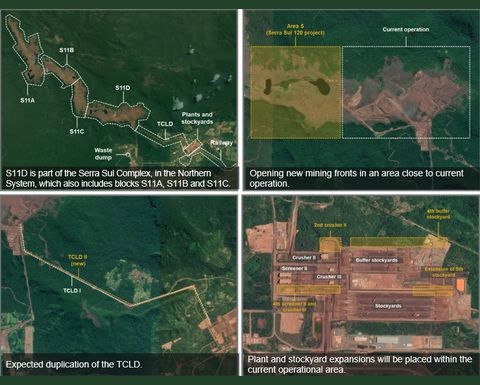 It said on Friday its board had approved the Serra Sul 120 project, to increase S11D's mine-plant capacity by 20Mt to total 120Mtpy at site, lifting the Northern System's capacity to 260Mtpy.

It was expected to start up in the first half of 2024.

Vale had said last year it was contemplating an increase at Carajás Serra Sul to 150Mt "beyond 2020", saying benefits included increasing its strength in dry processing and reducing the use of tailings dams.

Its hopes of producing 400Mt in 2019 were scuppered by the fall-out from its Brumadinho tailings dam collapse and it last month tipped reaching the lower end of revised 2020 iron ore fines production guidance of 310-330Mt, after a June quarter affected by COVID-19 impacts and operational challenges.

The company said due to the Serra Sul expansion project and a delay in executing projects this year owing to the COVID-19 pandemic, it would revise "in due course" its current $5 billion investment guidance for 2021 and average $4.5 billion for 2022-2024.

The iron ore price is around a multi-year high at $120/t and investment banks recently tipped the iron ore price to stay higher for up to seven years, citing increased Chinese demand and the impact of bad weather and COVID-19 in Brazil.

Vale said last week it would evacuate a further 75 families after expanding the self-rescue zone (ZAS) around the Doutor dam at its Timbopeba mine in the Mariana Complex in Minas Gerais, based on more conservative studies.

It noted there was no change in the technical data of the referred structures and said the latest inspections had not detected additional anomalies.

Vale said 73 families had already been relocated since Doutor's original ZAS evacuation plan had been activated in February.

Last week's announcement was the latest in a series of emergency level protocols being activated for Vale dams and self-rescue zones being expanded, with the miner's facilities under increased scrutiny since the Brumadinho tailings dam collapse in January 2019 which killed 270 people and caused widespread damage.