Brazil-based miner Vale has announced a US$624 million joint venture project to expand a port in China, to help optimise its iron ore operations. 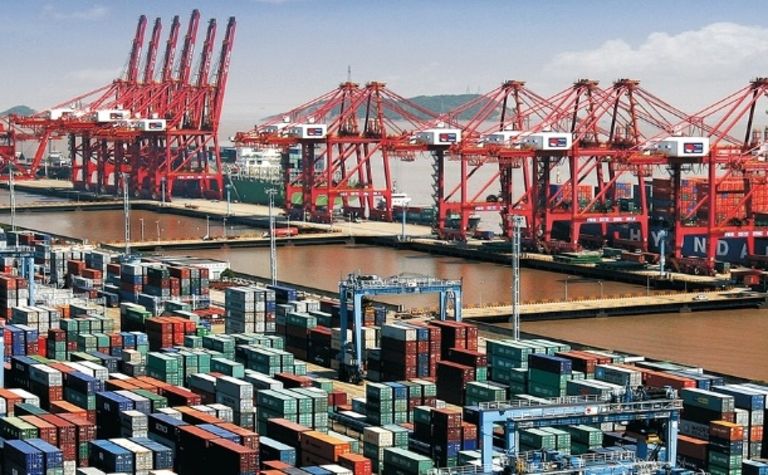 The Shulanghu port in China will be expanded under the JV

It said with Ningbo Zhoushan Port Company, the pair would build, own and operate the West III project, adding 20 million tonnes per year capacity to Shulanghu port.

"By participating in the project, Vale will secure a total port capacity of 40Mtpy in Shulanghu, which will help Vale to optimise its overall supply chain costs," Vale said.

Its capital contribution was expected to be between $109-$156 million.

The 50:50 joint venture partners planned to each obtain third-party loans of up to 65% of the total cost.

The project would include the construction of a new stockyard and two loading berths.

Vale said the three-year construction phase would start once both parties obtained regulatory approvals in China.

Ningbo Zhoushan port had ranked first in the world for 11 consecutive years in terms of total cargo throughput, Vale said.

The two companies had "continuously strengthened" their partnership over the past years, the miner added.

Their partnership had resulted in Vale opening a "green" iron ore grinding hub in China in August.

Shulanghu is one of 17 ports in China where Vale produces its Brazilian Blend Fines, mixing iron ore from its Northern and Southern and Southeastern systems.

"The blending strategy also allows more efficient mining plans and increases the use of dry processing methods, which in return reduce capital expenditures, extend the life of our mines and reduce the use of water in our operations: a key flexibility to cope with the short-term challenges," Vale said.

It is yet to achieve its previously-set goal of 400Mtpa of iron ore production, with some restrictions still in place following its fatal Brumadinho tailings dam collapse in January 2019.

Its shares are near a one-year high, closing up 0.5% to BRL61.6 yesterday and capitalising it about US$57 billion.