"I want to take you where the puck is going to go, not where it is"

Heavyweight US resources investor Rick Rule says unloved commodity markets are “constructive for an exploration boom” and the minerals exploration space, in particular, is ripe for a sustained bull market that yields big investment windfalls on companies that show they can deliver successful “research and development … and mergers and acquisitions”. 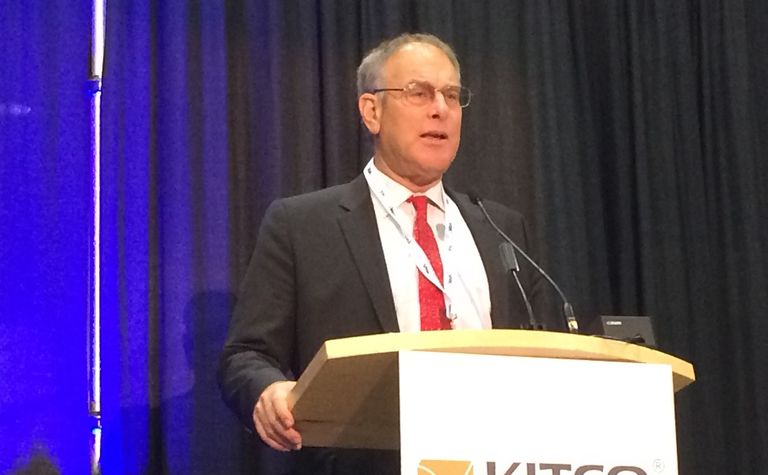 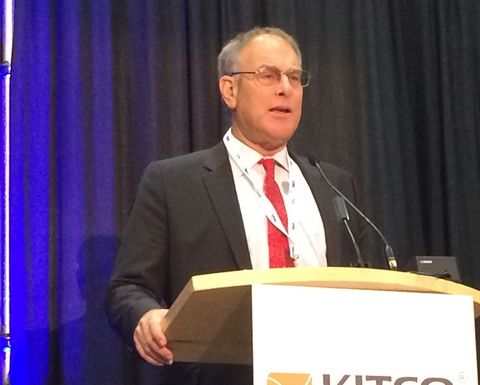 Rick Rule: "The industry has under-allocated or misallocated capital for at least 20 years"

Markets starting to rediscover commodities after a lousy hangover from the downturn that followed the 2003-2011 mining boom had generally latched onto companies that had accumulated large resource positions, with the right commodities, and started pouring money into drilling on relatively safe ground.

"The consequence of that success is that everybody crowds into that space after the move is over.

"So when investors are looking at the space today what they are looking at are strategies that were successful a year ago or two years ago, but because of the performance which has attracted investors, are arguably over-priced.

"[The Canadian ice hockey great] Wayne Gretzky, when he was asked why he was such a great hockey player - he wasn't very fast, he wasn't very strong, he wasn't very large - he said when he plays hockey most times everybody skates to the puck, but when you get there there's a bunch of big mean guys swinging sticks. And he tried to skate to where he thought the puck was going to go, not to where all the big mean guys were. And that's how he scored so many goals.

"The thing that has worked for 20 years in exploration has been to acquire a project, spend some money on the project - often just twinning the only holes on the project that ever worked, getting some high-grade hits and [pushing] a stock from 25c to 70c without actually, of course, making a discovery.

"Or the acquire-and-exploit technique, which done properly has added value.

"But, as I say, I don't want to take you to a part of the arena where the puck is, which is where there are a bunch of big mean guys called the market, swinging sticks.

"I want to take you to a part of the market where I think the market is going to be six months from now rather than today.

"And that is, fittingly for this conference, the exploration sector."

Recalling a Cambridge House speech he gave back in 2002 in Vancouver, "the epicentre of exploration finance worldwide", Rule said investors were again on the cusp of a potentially lucrative mining sector uptrend though the current cycle had some notable differences to past progressions that made the current period especially "constructive for exploration".

"Commodity prices are uniformly up off their lows and interestingly unlike any other bear market that I have ever endured the recovery didn't have to do so much with renewed demand as it did to do with damaged supply," Rule said.

"If you come out of a bear market because you impair the industry's ability to supply when the price moves as a consequence of a balance between supply and demand, the industry can't respond quickly to the pricing signal by increasing production. These are capital intensive businesses - you don't flick a switch and have a copper mine.

"If you think back to the bull market between 2002 and 2011 the gold price advanced from $260/oz to $1,900/oz, a sixfold increase [which is] pretty attractive, right? [But] free cash flow per share among the GDX [gold companies] declined. The product that we sold went up 600% and our free cash flow declined.

"The result of that was that the industry wrote off 40, 50, 60 billion dollars and about 70% of the senior management teams were allowed to pursue other employment opportunities.

"The balance sheets got reset, the management teams got reset, but the expectations of the investment community did not get reset, and that is where I think the real opportunity in the market is.

"Sectors, not companies, increase in price. Sectors increase when expectations of investors are exceeded. I would suggest to you that investors' expectations of the mining business are so low that the challenge in 2018 will be to get under the bar, not over the bar.

"Generalist investors can't spell ‘mine'; they can't spell ‘gold'. And industry investors got so beat up last time through that they are extraordinarily cautious, which is a good place to build from.

"In other words for the first time in my lifetime the gold mining industry has actually decided to become an industry rather than a floating abstraction.

"That money hasn't moved into the materials sector to a large degree, but certainly the interest is present," he said.

"So I see upside in the senior extractive industry companies as a consequence of the fact that money would like to come into them, and the positive earnings surprises will give that money the psychological excuse to come into a sector that traditionally hasn't performed well.

"And the consequence of the extraordinary mistakes the industry made in the last bull market I think will keep industry management teams rational for at least two more years … and the capital that comes into the industry for the next two years - unusually for the industry - will be treated intelligently or at least gently.

"And the ability to use kinder [commodity] prices, and a better operating environment, to grow their business, or at least to keep their business from shrinking, requires that the companies spend money and hopefully spend money intelligently.

"We need more assets and lower G&A relative to assets employed, and relative to cash flow, and we think that's going to happen [with] M&A. 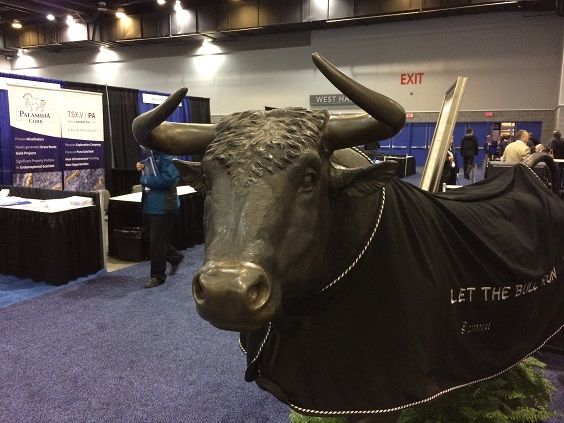 "An intelligently constructed acquisition does a whole bunch of wonderful things. The first thing it does is yields a profit for the person who sells, which adds both hope and liquidity to the sector: we've all seen this. But an intelligent acquisition is also supposed to benefit the acquirer.

"It's deals like this that build both companies and markets. My suspicion is we are going to see intelligent acquisitions for the first time in 20 years in the mining industry in 2018, both as a function of the fact that we learned ugly lessons in the last bull market, and also as a function of the fact that although the companies' financial health is improving most companies on a global basis have very tepid development pipelines.

"M&A will also occur ironically because if you begin exploring right now and you are a good explorer you can expect to benefit financially from a discovery you make in 2018 in 2028, or in 2030. That's the nature of how long it takes to bring a fresh discovery into production.

"And make no mistake we have under-invested in exploration for a very long time.

"So the development pipelines of the junior, mid-tier and senior producers are all very empty.

"The major mining companies in particular run by financial guys in the bear market came to regard exploration as a variable expense - not critical to the ongoing concern of the company; certainly not as important as the CEO's salary. And the consequence of that is in many companies exploration was defunded. And now they're going to have to refund it, which is a good opportunity for you.

"How does money get made in exploration?

"Really exploration is not an asset intensive business. It's a human capital business, a research and development business, like software, like biotech. To make money in exploration you are answering a series of unanswered questions. If you look at it in any fashion other than that you are going to lose money. That's the way the mining industry looks at it. Before you look at a project, that's the so-called asset, look at the people.

"When things were easier to find 40 years ago they said that one in 3000 anomalies became a mine. So if you look at the projects you are assigning yourself a one in 3000 chance to be right, which is a really lousy piece of business.

"Think in particular about the prospect generation companies. The exciting thing is of course always the drill-hole where you own 100% of a project. The problem with that point of view is it almost never works. It's an extremely attractive proposition on the face of it except of that pesky part about a one-in-3,000 rate of return.

"The prospect generators understand this to be an R&D business, not an asset intensive business. The prospect generators use their local and technical knowledge to generate a thesis around a property, propose a means to test the thesis, and then bring in joint venture partners so that you don't issue shares to finance exploration. When you issue shares you dilute your interest in the most valuable part of the company, which is the intellectual capital, the team.

"The beauty of the prospect generation model is although it is boring it is arithmetically four or five times more efficient as sole-risk exploration.

"The proof of that has been my own portfolio. I've invested over 35 years - I'm 65 now so you're going to have to excuse the imprecise nature of the numbers I'm going to give you - but I've invested in greater than 60 public prospect generators, participated in 24 economic discoveries, and 21 takeovers … so if you look at 21 successful efforts in 60 starts and you compare that arithmetically with the one-in-3,000 chance you have in sole-risk exploration, that's probably a three standard deviation better result.

"So although the narrative isn't particularly attractive, it's strongly supported by mathematics.

"I'm not suggesting by the way that if you see a sole-risk exploration company that drills a screamer of a drill hole that you don't pay attention to it.

"What I'm suggesting is that you can participate in the boom that's coming in exploration in the next five years by constructing a portfolio of prospect generators … and let the sector and arithmetic work for you."

Did Rio Tinto and BHP miss the boat by not adding more copper sooner?

Lessons from the master

VW misses a trick with lack of lithium detail