Gold equities have been in favour with the gold spot price nearing US$1,365 an ounce yesterday as markets reacted to growing US/Russia tensions over Syria. 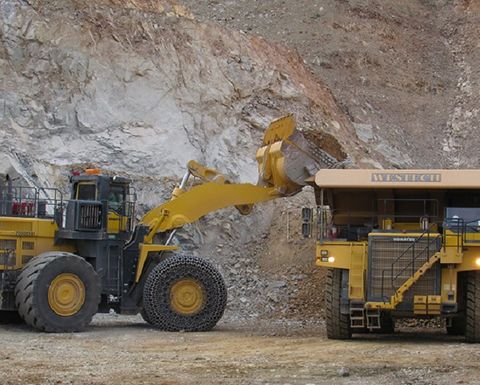 Union dispute over for Torex

US president Donald Trump suggested in a tweet that Russia should "get ready" for a missile strike on its ally, over a suspected chemical attack in Douma.

Russian president Vladimir Putin told new ambassadors in Moscow yesterday "the state of affairs in the world is a cause for concern".

Its announcement that the Los Mineros Union had withdrawn its bid to represent employees, ending the representation issue, sent Torex shares up to C$13.69.

The company's shares had shot up more than 51% on Friday to C$11.57 as it announced it had regained full access to its Mexican operations after an illegal blockade was removed.

Yesterday's gain represents a 14.75% gain year-to-date but the stock remains well below the $26 mark of 12 months ago.

Newmont Mining (US:NEM) was the best performing mining and metals stock on the S&P500 yesterday, up 2.96%.

It resumed operations at its Ahafo and Aykem mines in Ghana earlier this week after a roof collapse at the Ahafo mill expansion project killed six people on the weekend.

However the expansion project remains suspended until the company and authorities are satisfied work can resume safely.

Finally, Newcrest Mining (AU:NCM) was up more than 1.8% in late Australian trade today.

It resumed mining and processing at its Cadia operations about a fortnight ago, following a tailings dam failure mid-March, but is yet to update guidance.