The Petropavlovsk challenger group has sent a bold letter to chairman Ian Ashby, calling on the "outgoing" directors to ease up on the anonymous offshore investors pushing the board purge. 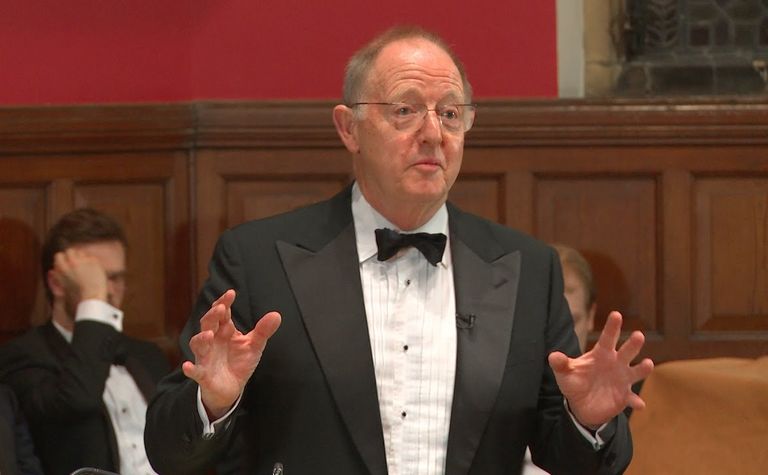 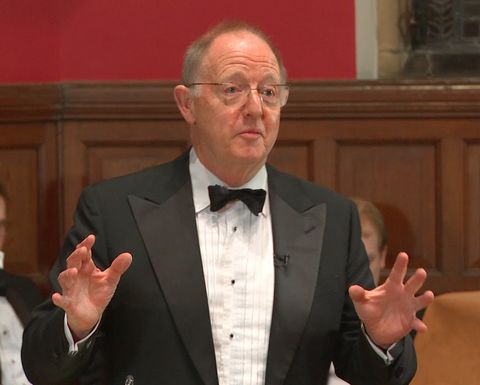 Sir Roderic Lyne is the former British ambassador to Russia

Roderic Lyne, Robert Jenkins and Pavel Maslovskiy have put themselves forward as directors in a requisition backed by two anonymous shareholders, CABS Platform Ltd and Slevin Ltd, which hold a combined 9.1% of Petropavlovsk.

Now Lyne has written to Ashby calling on all current directors of the gold miner to step down at the annual general meeting.

"We believe that a change of leadership is essential, and that the best interests of the company would be served by the return of Pavel Maslovskiy as CEO," he said.

"We are also convinced that it would be best for the company and for all concerned if this change was achieved by the mutual consent of all sides and without public rancour.

"We would accordingly suggest that the best course would be for the Notice of the Annual General Meeting of Petropavlovsk to include inter alia statements to the effect that: The directors named by the requisitioning shareholders ... should be proposed for election [and] the present directors will resign at the meeting, as is normal."

Sir Roderic said the full resignation would "enable the outgoing directors to depart, safe in the knowledge that there is a board of directors in place to take over".

In his notice setting the AGM for June 29,  Ashby declined to resign or push for the resignations of others who came in after the showdown last year.

The only board member not to be put up for re-election is Kenges Rakishev appointee Bektas Mukazhanov.

A source close to the challenger group said the backing of Petropavlovsk's largest shareholder Rakishev meant the group was confident getting over 50% support for the requisition.

The source declined to name the beneficial owners of Slevin and CABS, whose anonymity has come under increased scrutiny after Petropavlovsk reportedly called in the UK Takeover Panel and UK Listing Authority, according to Reuters.

Petropavlovsk has questioned whether the beneficial ownership of their stakes lies with a third party, which would mean Slevin and CABS had lied in Section 793 responses.

In the AGM announcement, the company also responded to the challengers' claims of shareholder value destruction over the past 12 months.

Petropavlovsk said its losses recently were in line with other Russia-focused miners and demand for its bond issue last year showed market confidence.

In response to the reappointment of Maslovskiy as CEO, the company said he had overseen major share price losses, "saddled"  it with the 31% holding in iron ore company IRC and left the board hunting for a new chief executive with little notice.

Ashby also highlighted the refusal of Sir Roderic and co. to name the beneficial owners of CABS and Slevin and said the company would breach public company rules with a board consisting of a chairman, CEO and one non-executive director.

In his letter, Sir Roderic said Petropavlovsk was shooting itself in the foot by attacking the 9.1% owners of the company.

"We hope you will agree that misleading interpretation of CABS and Slevin positions is not a proper way to proceed and could be damaging to the company's interests," he said.

"CABS and Slevin have advised us that they would be happy to provide such additional information in this connection as the competent UK authorities may properly require."

Next month will mark the anniversary of former shareholders Viktor Vekselberg and M&G Capital forcing out founder Peter Hambro with the support of Sothic Capital Management, which has kept its position in the company.

Maslovskiy quit as CEO soon after.