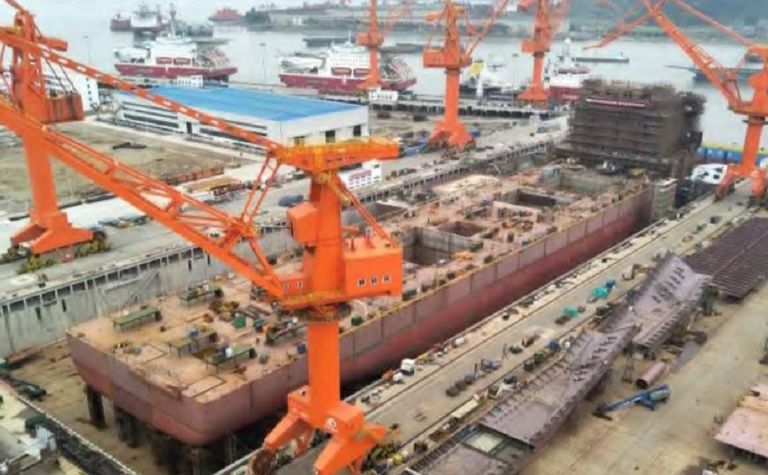 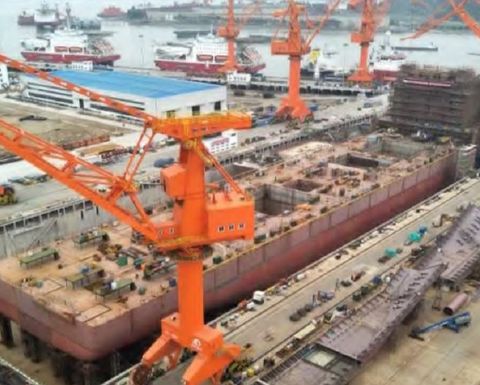 The production support vessel in the shipyard

Fujian Mawei Shipbuilding had flagged the possibility in December, when it notified Nautilus that its contractor MAC Goliath, engaged to procure the PSV, had failed to pay its third instalment of US$18 million plus interest.

Nautilus said yesterday the shipbuilder had cancelled the contract due to MAC's failure to pay.

"Notwithstanding the rescission of the shipbuilding contract by the shipyard, discussions are continuing and the company will issue further updates as matters develop," Nautilus said.

The shipyard had said in December if the default was not remedied within 21 days it could rescind the contract then sell the PSV either in a complete or incomplete state.

Nautilus had said last month the PSV was more than 60% complete and tracking to schedule, with delivery slated for the fourth quarter - subject to further financing.

Nautilus has had a turbulent time finding finance for its majority-owned Solwara 1 copper-gold project off the coast of Papua New Guinea.

It has received a series of bridging loans from major shareholders this year and last month noted it was seeking the remaining project financing of up to $350 million required to complete development of Solwara 1.

They had reached as high as 39c in February after the company appointed Wayne Knott as COO and told the market the PSV build was 75% complete.