An astute electric vehicle-watcher ticking off each part of the car and asking herself, ‘what comes next?’ would understandably stop on rare earth elements. 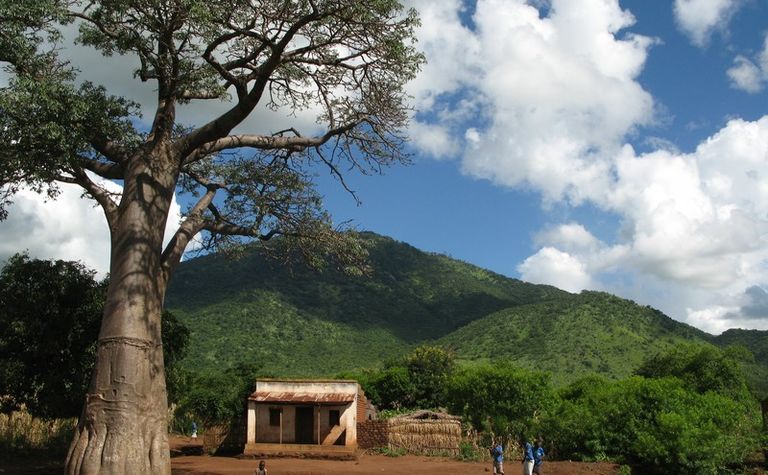 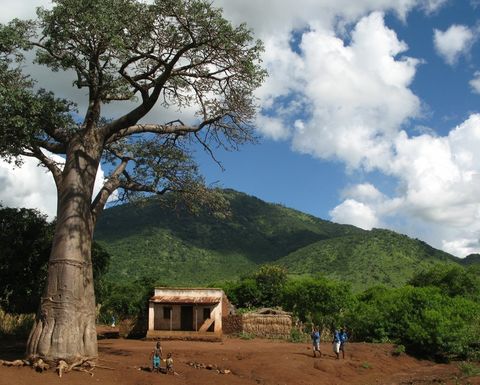 The not-so-rare metals are needed for the powerful permanent magnets in motors and batteries, with up to 5kg of neodymium and praseodymium (NdPr) batteries in each car.

With EV take-up forecast to keep growing, the demand case is clear. Supply is trickier, with only two non-Chinese mines running, as is the investment proposition.

The sector standout is Toronto- and London-listed developer Mkango Resources, which has managed gains of 38% year-on-year on the back of strong drill results and an advancing project.

ASX-lister Lynas Corporation had a 19% gain on the back of its producing assets and processing facilities in Malaysia by early December, but the new government's order for it to get rid of almost 500,000 tonnes of radioactive waste landed it with a 5% year-on-year share price loss.

These companies are aiming for (or hitting, in Lynas' and Rainbow's case) ex-China production - a rare thing.

The Chinese Ministry of Industry and Information Technology rare earth oxides (REO) quota for 2017 was 105,000 tonnes, making up 80% of global supply.

The government surprised the market by upping the quota for the first half of 2018 year-on-year by 40%, to 73,500t, although observers such as Roskill noted this would just mean more supply was reported by producers.

In the past three months, China NdPr REO prices have been steady at around $46,000 per tonne.

The gap between reported and actual production and the China dominance are two reasons picking rare earths winners can be tricky, as is the high capital cost of projects.

But the demand story and "significant degradation" of reserve quality in China, as SP Angel has said, shows there is still case for putting cash into NdPr-exposed equities.

It's not that rare

Roskill analyst David Merriman told Mining Journal the move towards magnet production is new for the rare earths crowd, which had previously focused on producing material for catalysts.

"The major shift that we're expecting to see in the industry is this push towards magnet materials becoming the dominant rare earth package, the neodymium and praseodymium, and to a lesser degree dysprosium, which is overtaking from catalysts which has pushed the industry forwards before," he said.

Merriman said the move to magnets had already spurred on replacement efforts.

"Probably the most surprising thing is the effort that is going into the research and development of different magnet compositions to try and be able to better soak up the demand growth," he said.

"We're seeing where these magnets are used in non-high performance or non-high-end applications, we're seeing a lot of replacement of some of that neodymium and praseodymium by some of the more common rare earth materials."

While this wasn't the direct replacement seen in batteries, where cobalt was cut out for higher concentrations of nickel, it had still been a quick change, Merriman said.

"It's probably only in the past year-to-18 months where we've seen some quite notable advances in [more common rare earth elements'] use and have been having an impact on the demand side," Merriman said.

"This being said, the use of these magnets in EVs is going to require higher-performance magnets.

"It's not really going to be an impact on the EV magnets that will be used, but it's kind of how the industry is changing to be able to accept this kind of large forecast growth that is on the horizon." 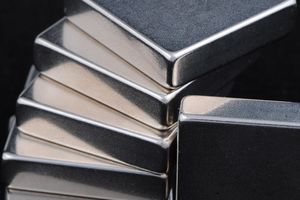 A full deck of NdPr magnets

NdPr prices have been stable for much of 2018, but were much more mobile last year.

This led to magnet manufacturers "building stocks as a hedge to further prices increases", the producer said, and came around the time the Chinese government was closing heavily polluting processing plants.

Since that effort, prices have stabilised, but the extreme movement shows the impact Chinese government policy can have on the materials.

Picking a rare earths winner is clearly more than just pointing at one that might go into production one day and hoping an analyst or reporter includes it in a ‘MUST-BUY energy stocks of 2019' list.

This is a more mature market than that of 2016 and connecting EV demand with a material does not guarantee instant success for a company anymore.

The sell-off this year has hit most mining-focused companies and the usual problems for developers are also in play.

ASX-listed Greenland Minerals and Energy is reasonably flat year-on-year after many shareholders walked away in early 2017 on permitting concerns.

The company is still moving along with Kvanefjeld, which had struggled in the past because of its uranium content, but has still yet to get its environmental impact assessment signed off three years after first putting it in for review.

GME's recent share price high of A18c was in February 2017 and in recent months it has sat at A8c, although it still has a market capitalisation of A$80 million.

While it has a Chinese backer, the combination of Greenland's labyrinthine permitting and the complicated market could have kept the company off investors' radars. 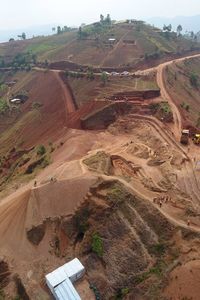 Rainbow is carving out a hill in Burundi for rare earths

It has been in production for around a year through the Gakara project in Burundi, where the brutal dictatorship has a 10% free carry.

The company managed to start mining and processing one of the deposits for $11 million and has been able to start exports even before publishing a JORC resource, which was expected this month.

Rainbow is now pushing out around 350t per quarter of 58% rare earth oxide concentrate, and is aiming for 250-300t per month.

Gakara's basket is dominated by catalyst rare earths, however, with lanthanum and cerium making up 79% of the concentrate.

Praseodymium and neodymium make up 19% but represent 80% of the contained value, the company says, and it will have to spend tens of millions on a separation plant to cut out the discount on the metal value.

In the first 12 months of production, shareholders have lost 67% of the value of their holding, with the biggest drop coming at the end of October as the company said it would not meet its 2018 target of 400tpm production target, halving the price in two days.

Further down the chain

While Rainbow has had a bad time during its ramp-up, Mkango Resources has been going through the golden stage of development, when companies can throw out drill results and get strong share price upticks.

This month, Mkango reported several assay results from a high-grade carbonatite zone at the Songwe Hill project in Malawi, prompting a handy 9% rerate in London.

CEO William Dawes told Mining Journal the company had been through the ups and downs of the rare earths market in the past decade.

Mkango did a prefeasibility study in 2015 but by then both rare earths and the mining industry in general was not keen on funding projects, and is only now working towards a full feasibility study.

The risk for developers is China will again shift the goal posts by upping its quota and wiping out demand for new projects.

Mkango partly avoids this through its offtake and project finance partner Talaxis, a Noble Group subsidiary, which is funding the FS for a 49% stake of Songwe and can take another 26% by financing the project itself.

"I think with the order of magnitude increase in demand for electric vehicles and therefore permanent magnets and therefore rare earths, I think rally for the health of the market," he said.

Mkango is planning to separate its rare earth concentrates, taking out the cerium, so will avoid the steep price discount currently faced by Rainbow.

This EV-friendly approach has seen the company become a strong AIM performer, but the sector as a whole is not anywhere near the level of other metals adjacent to a Tesla.

Not a word of a Li

"The increased interest in lithium, cobalt, has really helped people understand the rare earths industry, because it's taken them away from that 'you mine it, it's a metal, someone buys a metal' and that's where it enters your market," he said.

"There's this understanding that getting the ore and the materials out in the first place is just the first step along a very long path, to get it to a product that can actually be used and where the demand is actually needed."

But the sell-off of battery plays, as well as previous losses, could be holding back the arrival of more cash, Merriman said.

"There's still even now a hangover from people losing money on rare earth investments from 2011 and the price spike which occurred then," he said.

"There's still a nervousness over investments in operations which are in development.

"People are [also] wary of being caught out again with another hype market which is associated with the EV growth story."

Pauses drilling due to flooding