Kenadyr Mining (TSXV: KEN) has unveiled a US$10 million plan to advance its Borubai gold project in the Kyrgyz Republic in a proposed joint venture with neighbouring miner, China’s Zijin Mining Group. 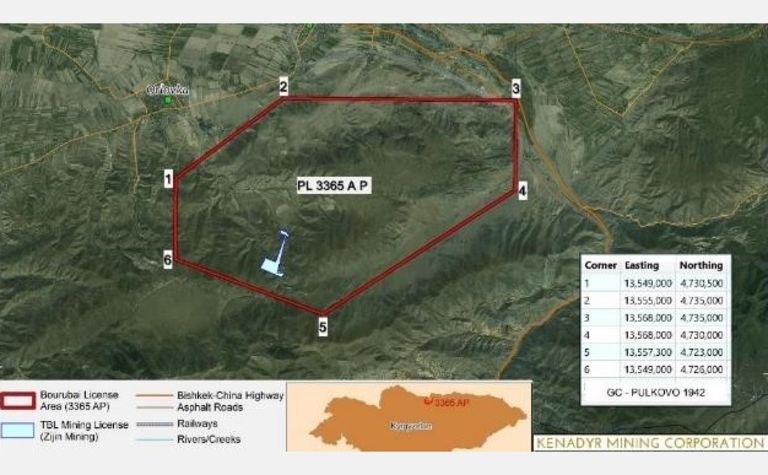 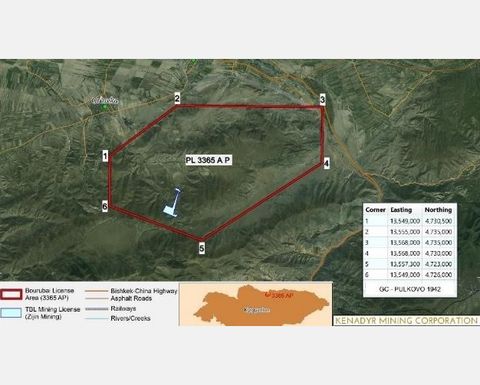 Under a non-binding letter of intent, Kenadyr said Zijin subsidiary Gold Mountains Asset Management had the option to acquire up to 50% of Borubai by spending at least $10 million on exploration.
Zijin was expected to provide access and logististics to drill the South Zone from underground using its existing infrastructure.
"The proposed joint venture with Zijin, as described today, will fund and facilitate further expansion and exploration drilling to completely delineate (to measured and indicated categories) both the South and East Zones on the Borubai licence," Kenadyr CEO Brian Lueck said.
"This will allow us to fully unlock the value of these high-grade mineralised zones without further share equity dilution."
Previous drilling results include 40m at 6.17g/t gold at the South Zone and 50m at 8.15g/t at the East Zone.
Zijin had invested C$1.67 million (US$1.23 million) in Kenadyr last May in a placement at 20c per unit.
Kenadyr had $2.3 million (US$1.7 million) in working capital at the end of September.
Its shares have ranged from 6-21c over the past year and closed up half-a-cent to 8c on Monday to capitalise it at $7.4 million.