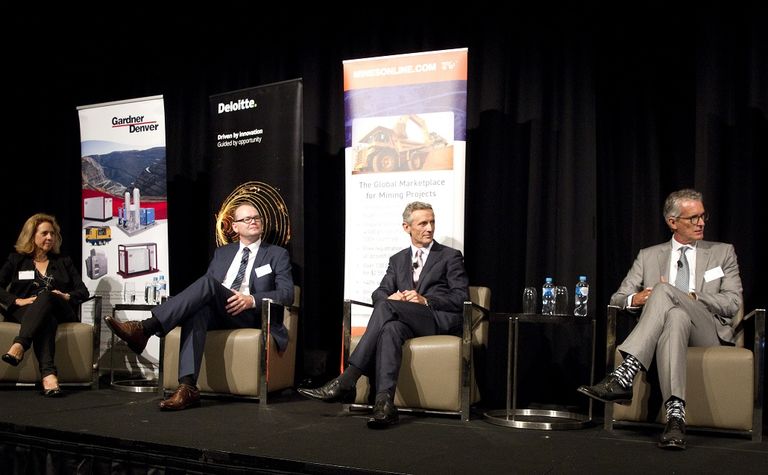 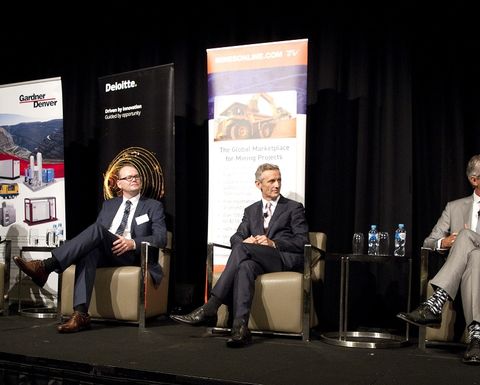 Speaking at the first WA Mining Club lunch this year, panel member and PCF Capital Group managing director Liam Twigger also said two North American trends that could impact miners were the buzz surrounding cannabis stocks and the growing prominence of streaming companies providing project financing.
The panel, including Deloitte partner Nicki Ivory, Hartleys chairman Ian Parker and Doray Minerals managing director Leigh Junk, agreed there were positive signs emerging after global headwinds such as the US-China trade war and Brexit had put the brakes on markets in the second half of last year.
Twigger said he had expected 2018 to "shoot the lights out" but despite the recent market malaise, valuations on ASX resource companies were among the best in the world and continuing to attract overseas interest.
"I believe some of the TSX majors are looking at listing on the ASX, and some of the 940 TSXV-listed companies," Twigger said.
"It's like an exodus of fleas to a fluffy dog, hopefully we can pick the eyes out of it."
Ivory said while the dark clouds or headwinds were still looming, the big beneficiary was gold and there were "a lot of cashed-up Australian gold producers hungry for growth that I think will benefit out of this".
Parker said bigger could be better, particularly in the gold sector, as there was a "frustrating" level of duplication that went on the small cap world.
Doray's looming nil-premium merger with fellow ASX-listed gold producer Silver Lake Resources won praise from panel members, with Parker saying the emerging mid-tier miner should attract the attention of major investors.
Junk said being a junior gold producer was a journey and the key to Doray's turnaround prior to the merger announcement was having the right people in the right jobs.
Looking ahead, Ivory said among the silver linings to the dark clouds, the possibility of the trade war and Brexit being resolved would be positive for commodities including copper.
"Hopefully 2019 is the year for copper," she said.
Parker agreed there were positive signs emerging - "after December being one of the worst months I can remember in my career" - and pointed to the continuing growth in China.
"I wake up every morning or halfway through the night to see what [US president] Donald Trump has tweeted … but of course that's all very short term," he said.
"The macro scene for mining is very positive.
"There are billions of people who want we have and don't have what we have; and to get what we have they've got to use our mining products."
Twigger said North America had the largest capital pool for mining companies and the impact of cannabis stocks there had been "insane", saying the top 20 cannabis companies had risen 700% over the last three years.
As other cannabis companies looked towards listing in Australia and Europe, Twigger said it could impact investment otherwise directed to miners - but there was hope.
"I take heart from the cannabis market," he said.
"They must have the same appetite for risk as a mining stock, they just need a catalyst to switch them across and hopefully they start putting some of that money they've made into mining stocks."
Meanwhile, he expected streaming companies to make their presence felt after becoming very dominant in North America, saying they had done deals in Africa and were looking for opportunities in Australia.
He said they had evolved from making smaller streaming deals in return for a portion of production, to providing upfront project finance.
Speaking to reporters afterwards, he said there could be funding opportunities for projects such as lithium that banks were battling to get their heads around because of the opacity in pricing.
"While the equity market is still struggling, these streamers are coming in and they've got massive balance sheets and a huge appetite," he said.

So you want to build a mine now?