Gold juniors have provided a highlight on the markets while their larger peers have had a lacklustre period. 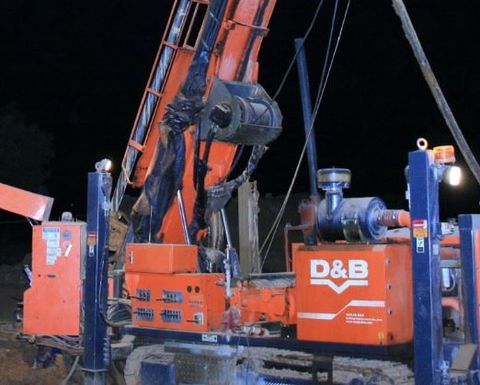 Cardinal is ahead of schedule at Namdini in Ghana

The gold price is a few dollars higher than at this point yesterday, worth more than US$1,306 an ounce on the spot market, after minutes from the US Federal Reserve's March FOMC meeting indicated a likely hold on interest rates this year.

The gloomy economic picture painted by the International Monetary Fund earlier this week failed to lift Toronto's gold sector yesterday, where New Gold (TSX: NGD) and Franco-Nevada (TSX: FNV) were the only two to close in positive territory on the S&P/TSX Composite Index.

However among the smaller gold equities it was a different story.

Euro Sun Mining (TSX: ESM) rose about 25% yesterday, in a week it defended its "green" strategy to develop its Romanian gold project and appointed leading mining lawyer Eva Bellissimo to its board.

Cardinal Resources (TSXV, ASX: CDV) shot up more than 20% in Toronto after announcing the feasibility study for its growing Ghana gold project would be released months ahead of schedule.

In afternoon Australian trade, Argent Minerals (ASX: ARD) was up almost 37% after last week kicking off its maiden drilling programme at the Pine Ridge gold project in New South Wales.

Metals and mining stocks were collectively down more than 1% on the S&P/ASX200 at the time of writing.

BHP (ASX: BHP) has softened below the near eight-year high above A$40 reached on Tuesday.

Meanwhile iron ore remains above US$94 per tonne according to MySteel, while base metal futures bar aluminium were lower in Asian trade.

Market futures are pointing to a higher start in Toronto but lower in the US and UK, where the Brexit deadline has been extended to October 31.