Recently-enlarged gold major Newmont Goldcorp (NYSE: NEM) is set to take a 9.9% stake in a Golden Triangle explorer through a C$17.6 million (US$13 million) financing and strategic investment deal. 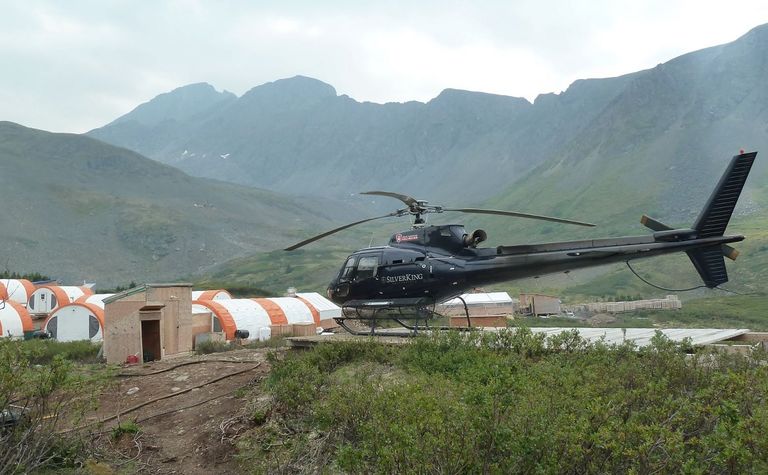 GT Gold’s Saddle camp at its Tatogga property in BC

GT Gold (TSX: NGT) said through the $17.6 million private placement, the major would acquire about 11.5 million flow-through shares at $1.53.

Newmont Goldcorp had also agreed to acquire the same amount of common shares as a back-end purchaser which would give it a 9.9% interest, the junior said.

Some of the sizzle has come out of GT Gold's share price of late, with Macquarie Bank earlier this year saying it would have named the company a winner for 2019 but noted the market was having a tough time grasping early-stage results from "what we view as a compelling early stage gold-copper porphyry discovery in BC".

The explorer reported a drilling highlight earlier this year of 1.15km grading 0.62g/t gold, 0.36% copper and 1.17g/t silver from surface at Saddle North.

GT Gold's shares soared from less than C40c in mid-2017 to about $2.70 on reporting multiple high-grade intercepts from its Saddle South gold discovery.

After trading around 70c for much of last year, they shot above $2 briefly again in November after confirming the significant porphyry gold-copper-silver discovery at Saddle North.

"We are very pleased to welcome Newmont Goldcorp as a strategic investor in GT Gold," president and CEO Steve Burleton said.

"Newmont Goldcorp's investment is a significant milestone for GT Gold and represents a strong endorsement of our Tatogga property and recognises the area's appeal as a highly prospective gold district."

He said the major would bring significant technical expertise which would help "accelerate the development of Saddle North" and understanding of the large land package's geological potential.

Under a connected investor rights agreement, Newmont Goldcorp would be able to nominate a director, appoint half the members of a new joint technical committee, increase its ownership to 14.9% under certain circumstances and gain a right of first offer over Tatogga if GT Gold opted to divest all or some of its interest.

GT Gold shares have ranged from 40c-$2.15 over the past year and last traded at 91c, to capitalise it about $94 million.

Adds to board diversity