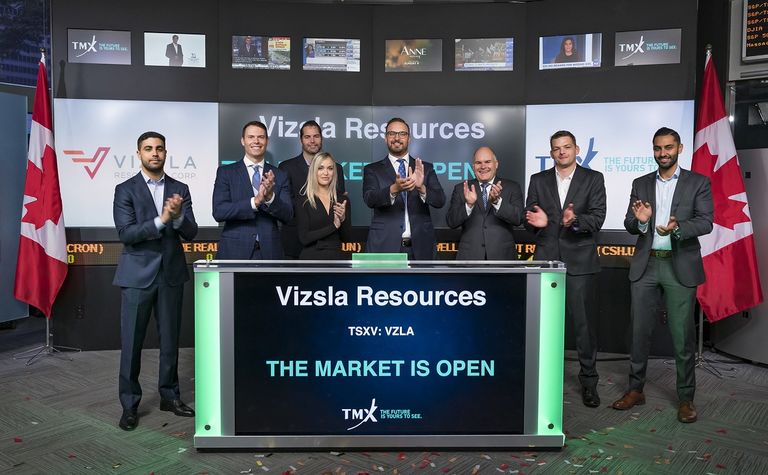 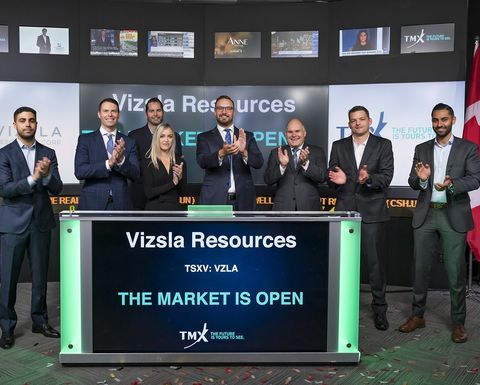 Vizsla opened the market in Toronto last month, a year since listing on the TSX Venture Exchange

Key European and US indices closed higher yesterday while Asian markets were mixed.

China was still open to reaching a partial trade deal with the US, an official with direct knowledge of the talks told Bloomberg.

Meanwhile tensions are mounting in the Middle East, where the US is withdrawing its troops and Turkey has launched an incursion into Syria.

Vizsla Resources (TSXV: VZLA) made a stellar return yesterday, soaring almost 78% to close at C48c as it resumed trade after receiving conditional approval to acquire Canam Alpine Ventures, which holds the underlying options on the Copala-Panuco silver district in Mexico.

Vizsla had debuted on the TSXV in September 2018 and its share price has spent much of the past 12 months below 20c.

The company said the newly-consolidated silver district had been producing since the 1500s but had never seen systematic modern exploration due to fragmented ownership.

With its shares headed in the opposite direction, Iamgold (TSX: IMG) closed down 2.6% yesterday as Bloomberg reported its sale had stalled after the mid-tier miner failed to reach an agreement with several Chinese suitors.

Finally, the gold price has risen to US$1,513 an ounce on the spot market.