South Africa has slipped into recession for the second time in two years, with official figures showing the economy contracted for the second consecutive quarter to end 2019. 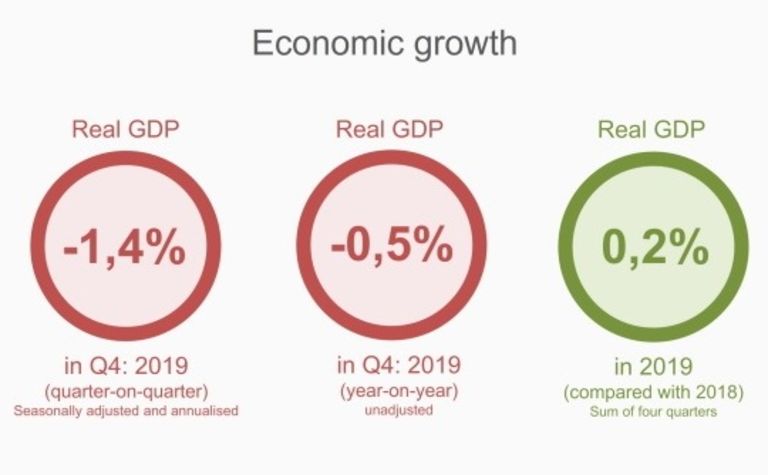 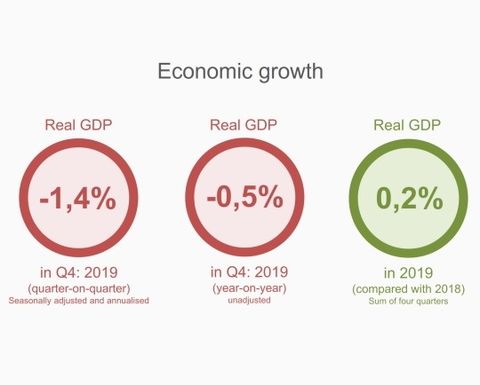 "Finance, mining and personal services managed to keep their heads above water, but this was not enough to prevent the economy from sliding into its third recession since 1994," Statistics South Africa said yesterday.

Statistics SA said the economy contracted by 1.4% in the December quarter, following a revised contraction of 0.8% for the third quarter.

The department said the mining sector's growth in the fourth quarter was largely driven by platinum group metals, iron ore and gold, with the 1.8% growth contributing only 0.1% to the economy's growth.

"Agriculture was the main drag on growth in 2019, followed by construction, mining and manufacturing," Statistics SA said.

Minerals Council South Africa noted mining was one of only three sectors showing marginal growth in the fourth quarter and said production over 2019 shrank mostly due to Eskom's load shedding, with some revenue relief from rising commodity prices in the latter part of the year.

It said the 1.4% fourth quarter decline in GDP highlighted "the desperate need for the urgent implementation of the range of structural reforms and confidence-boosting measures outlined in last week's Budget speech" and Treasury's economic strategy paper.

"More specifically, it is critical that government continue the work to open the electricity sector to private generation for own use, that greater policy and regulatory certainty are promoted and that urgent steps are taken to reduce red tape, deal with crime and to foster greater investment in the economy," CEO Roger Baxter said.

No trough in US equities visible, says Goldman Sachs