International Monetary Fund chief economist Gita Gopinath has highlighted the “striking divergence of financial markets from the real economy”, with financial indicators pointing to stronger prospects of a recovery than real activity suggests. 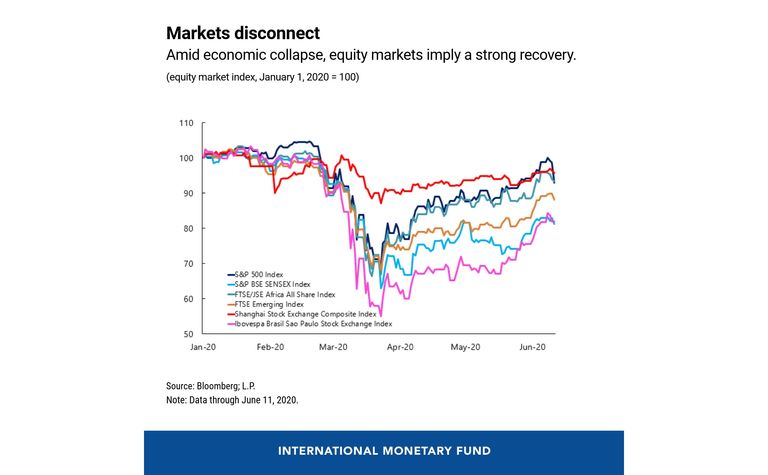 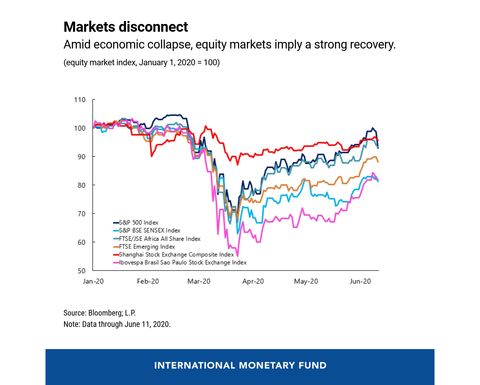 "Despite the recent correction, the S&P 500 has recouped most of its losses since the start of the crisis; the FTSE emerging market index and Africa index are substantially improved; the Bovespa rose significantly despite the recent surge in infection rates in Brazil; and portfolio flows to emerging and developing economies have stabilised," she wrote in a blog yesterday.

"This divergence may portend greater volatility in financial markets."

She said for the first time since the Great Depression, both advanced and emerging economies would be in recession this year, with negative growth rates likely worse than previously forecast.

Key market indices closed higher yesterday on a record jump in US retail sales figures and more stimulus measures around the world, including renewed talk of a US$1 trillion infrastructure stimulus plan.

Futures were pointing mostly higher except for US markets.

In London, Glencore (LSE: GLEN) closed 2.62% higher following Bloomberg news that Tesla would buy cobalt from the miner, as the carmaker looked to avoid a future supply squeeze for the battery metal.

Polymet Mining (TSX: POM) was one of the bigger risers in Toronto, up almost 31%, as it announced a Minnesota court would hear a permitting appeal regarding its proposed NorthMet project.

Finally, the gold price is similar to this time yesterday, about US$1,726 an ounce on the spot market.

Outlook far worse than the GFC