Mining suffered its biggest slump in six years to contribute to South Africa’s deepening recession, according to March quarter data. 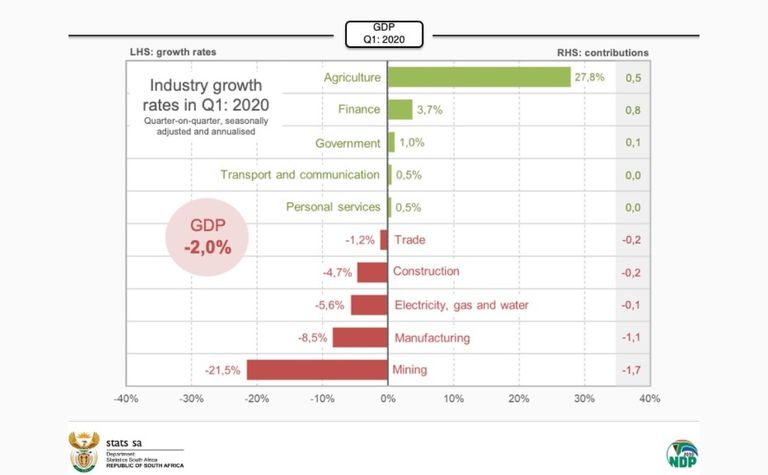 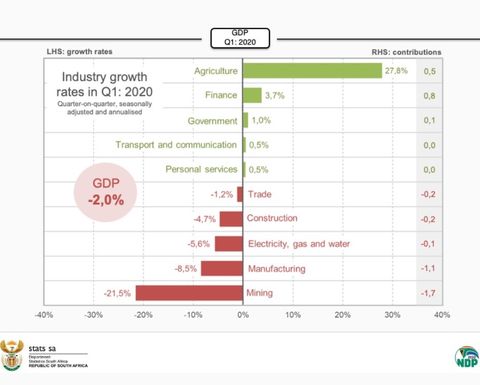 This followed a 1.4% GDP drop in the December quarter and a revised contraction of 0.8% for the third quarter.

The latest data captured less than a week of South Africa's strict nationwide lockdown, which began on March 27 and forced mines to close as part of measures to stem the spread of the global COVID-19 pandemic.

However Stats SA said the effects of the pandemic "began to be felt well before then".

It said mining activity slowed by 21.5% in the March quarter, its biggest slump in six years, and the sector had contributed -1.7% to GDP growth.

Decreased production was reported for iron ore, manganese ore, other metallic minerals and chromium, it said.

Mining and manufacturing, which contracted 8.5%, were the main drags on overall activity.

Agriculture was the best performing sector, increasing 27.8% in the March quarter and contributing 0.5% to GDP growth.

Mining production was recently shown to have plunged 47.3% year-on-year in April, according to Stats SA figures released in June.

South Africa's finance minister Tito Mboweni last week said the gap between the country's expenditure and revenue was "opening up like the mouth of the hippo".

"Our Herculean task is to close that gap so we go back to our surplus days," he told a parliamentary committee.