Shares in Bullfrog Gold leapt to a one-year high in Canada yesterday as the junior reported assays including 8m at 3.22g/t gold and 110m at 0.41g/t from its Bullfrog project in Nevada. 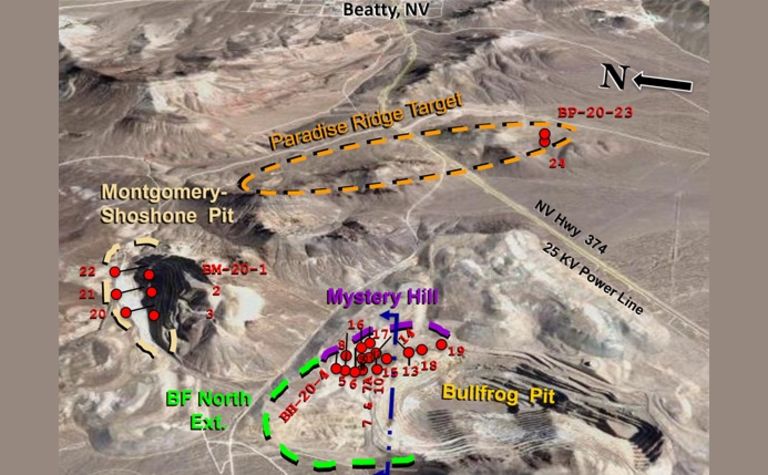 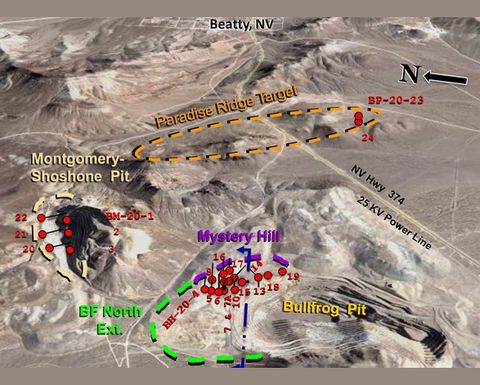 The company describes its project as in the Bullfrog mine area, where Barrick Gold had produced 2.3 million ounces between 1989-1999, and said its claims included the northern third of the Bullfrog deposit.

"The new holes along with existing holes in the MH [Mystery Hill] area now provide much closer hole spacings that better define all resource classifications within a potential expansion of the Bullfrog pit to the northeast," the junior said.

It said it had obtained a "very large database" from Barrick Bullfrog, including detailed information on 250,000m of drilling in the area.

Bullfrog Gold has expanded the project area since purchasing its initial position in 2011.

It entered a lease and option to purchase agreement with Barrick over various claims in 2015, with the fifth anniversary work and payment commitments over those claims extended last year to September 23, 2020.

It had added a Canadian Securities Exchange listing in September and raised C$2 million in January at 13c per unit.