Copper major Freeport-McMoRan has declared a higher quarterly cash dividend of US7.5c per share, as expected. 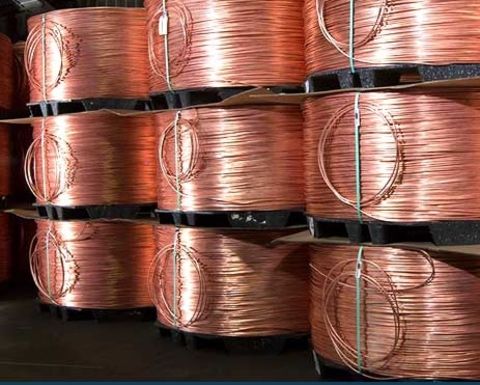 The company had suspended dividend payments in April 2020 as part of its response to the COVID-19 pandemic.

Its previous payout was 20c per share annually but Freeport announced last month it would reinstate the cash dividend and lift the return to shareholders to an annual rate of 30c, saying it intended to declare the quarterly 7.5c cash dividend.

Freeport said it had adopted a financial policy for the allocation of cash flows aligned with the company's strategic objectives of maintaining a strong balance sheet, increasing cash returns to shareholders and advancing opportunities for future growth.

"The policy includes a base dividend of 30c per share per annum and a performance-based payout framework to be implemented following achievement of a net debt target in the range of $3-$4 billion, excluding project debt for additional smelting capacity in Indonesia," it said.

Under the performance-based payout framework, Freeport said up to 50% of available cash flows generated after planned capital spending and distributions to noncontrolling interests would be allocated to shareholder returns and the balance to debt reduction and investments in value-enhancing growth projects.

The miner had reported a bumper December quarter, driven by the bull run on copper prices and a strong operational performance.

Freeport shares (NYSE: FCX) reached a seven-year high in February, of $39.10, in step with the rise in the copper price.