The iron ore price has surged after production misses by major producers Vale and Rio Tinto. 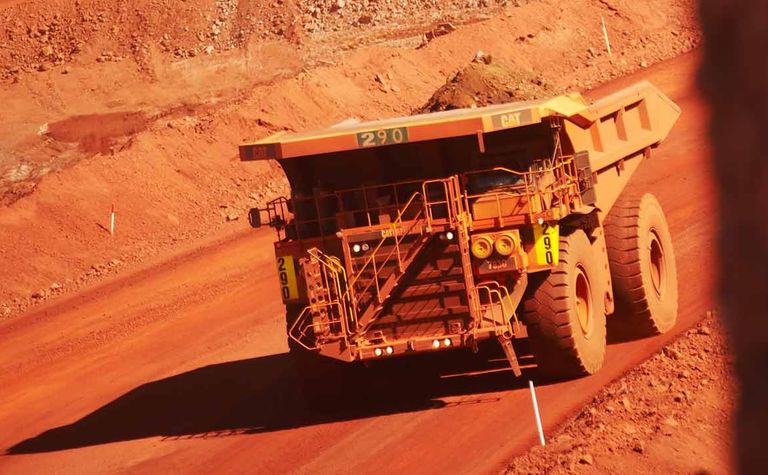 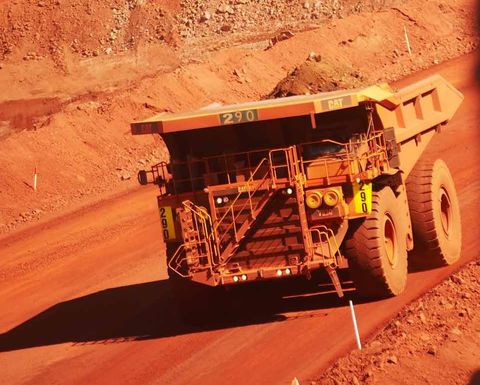 Brazil-based Vale's March quarter output was below analysts' expectations and 19.5% less than the previous quarter, while Rio Tinto's output was 2% lower year-on-year.

Meanwhile BHP today said it had achieved record March quarter production at its Western Australian iron ore operations, 4% more than a year ago, however it also missed expectations and its shares were down almost 2% in morning trade.

The MySteel 62% Australian iron ore fines reached US$181 per tonne yesterday, the highest point since the index began.

Rio closed down 2.2% in London yesterday and Vale was down about 1.5% in Brazil.

Australia's "third force in iron ore", Fortescue Metals Group, is due to release its quarterly results next week and was also off about 1.5% in morning trade.

Elsewhere, precious metals producer Fresnillo rose slightly in London and Barrick Gold gained 1.9% in Toronto, as the yellow metal gained a few dollars to $1,778 per ounce on the spot market. 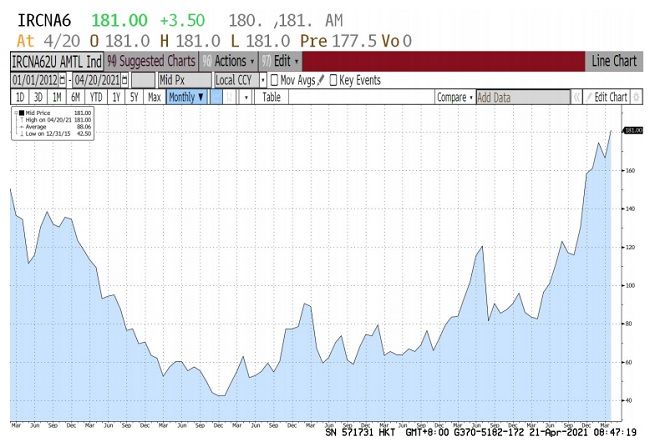