'When top miners commit to an aspiration, that does trickle down'

Deloitte EMEA and UK metals and mining sector leader, Tim Biggs, has been in mining since his graduation, enjoying a front-row seat for the industry’s accelerating transformation. He spoke to Mining Journal about Industry 4.0, sustainability and London’s role at the cutting edge of these, and other, trends. 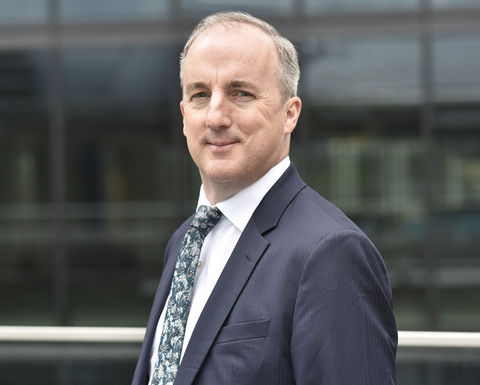 Mining Journal: How did you get started in the industry?
Tim Biggs: I started with Deloitte in Brisbane as a graduate. Brisbane has always had a mining influence with operations in Queensland and companies based there so I naturally fell into it. Having started working on mining companies, I found the industry fascinating - the combination of its vital nature and the fact it's real, you're digging up critical resources for civilisation. For me, that was far more interesting than something like financial services.
I ended up looking after some of Australia's larger mining houses and was looking for a change when I was offered a role in the London resources team. I was immediately keen to do that because of London's position as a hub for many of the major mining houses.
MJ: We hear different views on which market is the world's mining finance hub; why is it London for you?
TB: There's not much mining in the UK, that's clear. But it is undeniably a finance hub and that's attracted four of the world's largest diversified houses to list here. A number of other major miners with operations across the world but focused on Africa and South America are also here. So that generates a lot of equity and debt raising and, as a consequence, you have well-developed mining infrastructure and expertise; you have people like us - accountants and advisors - but you also have lawyers, bankers, brokers, analysts and journos. You have all these people who have a deep understanding of mining, particularly at the corporate end. That creates the necessary environment to respond to the top end of the mining industry.
Some people will dispute that and suggest Canada or Australia is the key hub because they have more companies listed, which is true, but they don't compare when it comes to market capitalisation. That's significant because the really big deals will flow through London, most of the time.

MJ: When you talk about trends at the "top end" of mining, is that where your concept of ‘value beyond compliance' comes from?
TB: It is. What we're finding is those who lead the change tend to be the really big guys. When the top FTSE 100 miners publicly commit to a certain objective or aspiration, that does trickle down. Over a fairly short period of time you see mid-tiers and then smaller companies making similar commitments. That's usually because they recognise it's the right thing to do but also because there will be pressure from investors and other stakeholders, particularly around safety and sustainability.
‘Value beyond compliance' is our term for the notion that sustainability objectives are not pursued so you can tick a box. If you engage with stakeholders and introduce ESG or CSR initiatives with a smart structure, they really should deliver value that a company can recognise in its bottom line and in its share price. An example might be an education programme for a region, which if done properly educates your future workforce and then helps achieve local content objectives other stakeholders may have suggested are important.
MJ: What's technology's role in transforming mining?
TB: All miners of a decent size are getting very serious about technology and the digitisation of mining. This fits with the wider theme of ‘Industry 4.0', which is centred on the fourth industrial revolution - miners are embracing that. They're electrifying things to reduce diesel consumption, they're applying sensors to gather data to feed predictive analytics and drive automation, they're far more open minded in general about innovations that could work for them.
Digitisation and automation are instructing the key area of energy consumption. Probably the best example is with truck fleets and looking to minimise fleet movements by using data to improve efficiencies and automation to introduce consistency to those efficiencies. Miners are also looking to move processes into the pit wherever possible by adopting technology advances and that allows an element of ore trucking and energy consumption to be bypassed altogether.
MJ: Where do you see the industry in 10 years?
TB: The industry has to, and is, responding to the issue of sustainability as it relates to the environment, safety, energy - everything. It's responding because there's an expectation and to make the industry both more robust and flexible to changes in demand for metals, which the surge in demand for battery metals has shown. As we look for more electrification, we can't help but consume more copper. Some iron ore might be substituted out for aluminium but then that has to be balanced against the extra energy needed to produce aluminium - these conversations will require flexibility from our industry. But the world will need lots of new metals and more metals do all the things planned today, and also the things that will be planned tomorrow.
MJ: How does that compare to when you started in the industry?
TB: To someone looking down from five miles up, the industry will probably look much the same - it's still digging big holes. But at close range, it's already changed significantly. When I started 30 years ago, there wasn't a focus on sustainability. There was always a focus on safety but there wasn't the thought or the technology to run the sorts of preventative safety initiatives we have today that are removing people from dangerous environments.
It's always been cyclical and costs have always run away in the upswing but what is changing, with technology and investor pressure, is miners are genuinely seeking maintainable cost control. Mainstream investors are much more active than they were 30 years ago - they used to be passive but today they are exceptionally vocal about what they want to see in terms of both returns and CSR objectives.
MJ: What's your favourite movie?
TB: Casablanca. It's just a great movie, with fantastic lines and acting, and with a memorable ending. Not a happy ending, but a great one.

Latest review of the world's top 100 miners shows an industry on the threshold of significant change...

Finding value in the gold space in 2020

Miners should fight their corner on ESG