Strength on the ground

Since 2014 SRK Exploration Services has seen positive business growth in Gabon. After initially opening a project office in Libreville to support ongoing work on the Belinga Iron Ore Project for the Government of Gabon, SRK ES has seen increasing demand for in-country services. 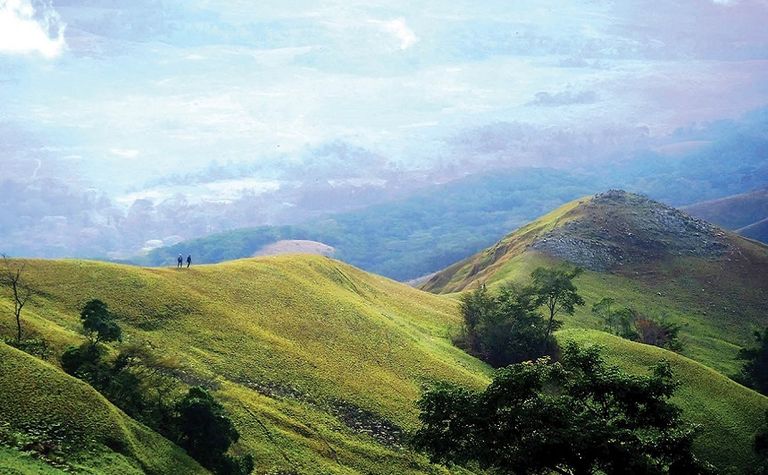 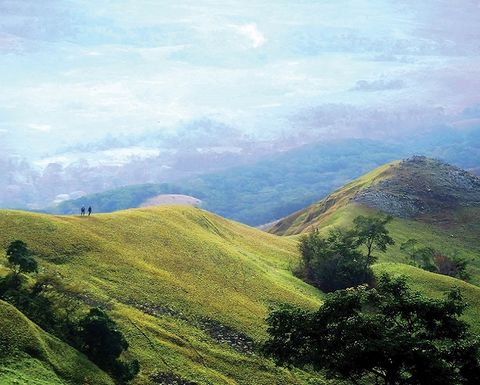 The importance of having an in-country presence with strong local knowledge was emphasised by the subsequent development of close relationships with numerous new clients already operating in Gabon, such as IronRidge Resources (Tchibanga and Belinga Sud), Apollo Minerals (Kango North) and Genmin Inc (Baniaka).

Gareth O'Donovan, SRK ES Managing Director, comments: "We hope to help add value to these projects and give a certain amount of credence to the data the owners are attributing to them. Our involvement also gives any potential partner on a project confidence that the information being provided has been verified in accordance with various international standards."

The varying stages of development and contrasting deposit styles, have required SRK ES to adopt tailored approaches to developing each project.

SRK ES has provided design and management services for both diamond-core and auger drilling programmes including completion of all associated logging and sampling of recovered material; conducted geophysical surveys; and undertaken geological, structural and regolith mapping. In-country logistics, corporate administration, and the construction and refurbishment of exploration camps of various sizes have formed the basis of additional support services provided. Regional offices were established to support field work, improve relations with local and regional authorities and encourage employment and training for the local population.

Additionally, consulting services such as project data review, programme design, technical audits, independent technical reporting and asset valuation have been key to providing clients with a full range of products suited to their needs.

The Belinga Iron Ore Project lies some 100km north of the equator, in the Ogooué-Ivindo province of Gabon, 720km east-northeast of Libreville. The project sits at the southern edge of a belt of Archaean greenstone rocks that form a growing iron-ore district that includes projects in southern Cameroon and northwest Republic of Congo.

Following initial discovery of iron mineralisation in the late 1890s, the Belinga deposits and those in the surrounding region only became the focus of iron ore exploration in the late 1950s and early 1960s. At Belinga, this involved excavating more than 8km of adits. Between 1975 and 1977, a new exploration programme reportedly completed over 10,000m of drilling. A non-compliant pre-feasibility report produced in 1977 stated that the oxide portion of the Belinga deposit contained 410Mt at 64% Fe and 0.07% P.

In 2006 China Metallurgical Equipment Importation and Exploration (CMEC) acquired the rights to Belinga, which were subsequently bought back by the government in 2013.

In April 2014 the Government of Gabon mandated SRK ES to conduct a full independent evaluation of the Belinga deposit on its behalf. The first phase of the project was to establish a logistical framework to support the field operations, and to conduct geological and geophysical field work ahead of diamond drilling and culminating in the production of an internationally recognised Mineral Resource Estimate (MRE). 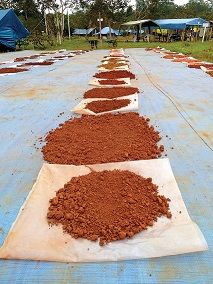 SRK ES began with renovating the existing camp, including installation of water pumps, filtration and wastewater disposal; rewiring electrics and installing primary and back-up generators; expanding accommodation to 100-plus capacity and employing all staff needed to support exploration activities in the coming years. SRK ES recognises the ethical and socioeconomic importance of employing staff locally, resulting in most camp and project staff coming from the villages surrounding the project or from local towns (Makokou) where skilled/technical expertise were more prevalent.

A dedicated team in Libreville were responsible for sourcing all supplies and consumables for the project, from food and PPE to vehicles and fuel. SRK ES' Libreville team were also responsible for arranging all visas for foreign specialists and handling the import/export of equipment. This allowed SRK ES' technical team to focus on the geological challenges of such a large project.

The core of SRK ES' technical programme has been the geological mapping of nine target ridges across the Belinga Project, each showing extensive high-grade haematite and magnetite mineralisation at surface with evidence of both hypogene and supergene alteration and enrichment of the primary banded iron formation (BIF).

An airborne LiDAR survey was flown to produce a high-resolution digital terrain model along with the capture of orthophotos, which proved essential for navigation and fieldwork planning and will be beneficial to future site development, infrastructure design and MRE production.

The next stage in developing the Belinga Project will be the completion of a MRE conforming to international reporting guidelines such as the JORC Code and NI 43101. This will require a limited amount of core drilling over the priority Babiel Nord prospect, for which most of historical non-compliant resources have been attributed, followed by more comprehensive drilling of the remaining prospective ridges.

The adits excavated in the 1950s require remapping and sampling utilising modern methodology and international best practice, both for resource modelling and metallurgical testwork purposes. 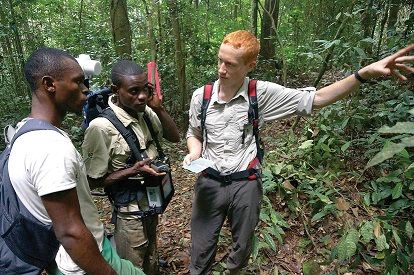 Environmental and socio-economic baseline and monitoring studies are required before extensive ground works continuing given the diversity of flora and fauna in the Ogooué-Ivindo region.

In the longer term, development of regional infrastructure will be needed, mainly a rail spur connecting the Belinga Project to the Trans-Gabon railway and either an existing or new coastal port. The Government of Gabon remains committed to this highly prospective, high-grade and high-tonnage deposit.  As such, they are welcoming discussions with potential investment partners who are interested in unlocking the full value of this highly promising deposit.

Despite the global drawback in exploration expenditure in recent years, SRK ES has remained adaptable to the needs of exploration companies and the challenges they face. SRK ES has established a presence in West Africa that enhances the services that can be offered to clients and their projects in Gabon and surrounding countries. SRK ES is confident that Gabon hosts a wealth of unexplored and under-developed mineral assets and a government that is keen to engage explorers through well-established minerals legislation. SRK ES is well placed to provide high-quality exploration services to new and existing clients taking up these opportunities in Gabon and throughout Africa.

The Belinga Project is just one such project and is considered to have the potential to become a world-class iron-ore deposit. With the right investment, project management and phased development, this will only be a matter of time.

SRK Exploration Services (SRK ES) is an independent mineral exploration consultancy and service provider that is part of the Global SRK Group. Established in the UK in 2003 to serve the early-stage exploration sector, SRK ES has provided valuable technical support to over 500 clients on more than 700 projects around the world covering a wide range of commodities. SRK ES' approach means that skilled geologists are able to provide management support and technical input to any given project on the ground through field services contracts, or advise on the development and advancement of projects through conventional consulting arrangements.