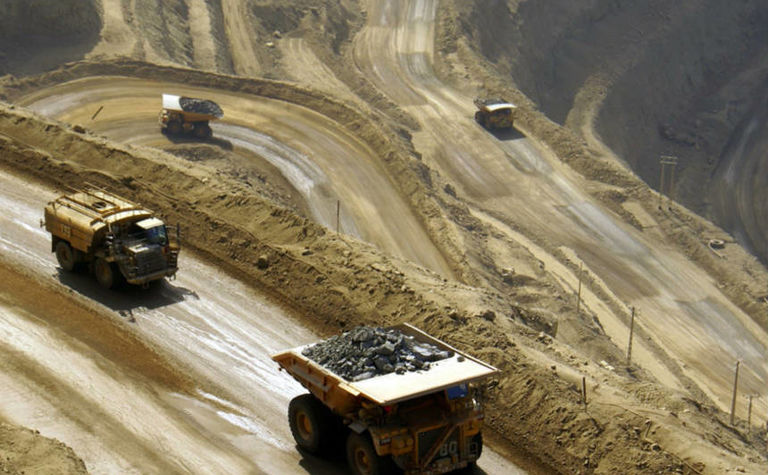 Cash and cash equivalents decreased $80.7 million during the quarter from $815.4 million to $734.7 million. Cash used in investing activities increased to $182 million from $150.7 million in the prior year period.

"This is a very exciting time for Lundin Mining. We are pleased with our results in the first quarter of 2019 with all mines operating well," said president and CEO Marie Inkster.

The results were below some analyst estimates although full-year guidance was reiterated on expected improved grades and mill throughputs, and fewer weather disruptions through the remainder of the year. BMO maintained its market perform rating and C$8.75 share price target.

All metal production exceeded expectations during the quarter, with the exception of copper, which was impacted by lower than planned grades at Neves-Corvo. Candelaria produced 32,778 tonnes of copper, 20,000 ounces of gold and 320,000oz of silver in concentrate during the quarter. Copper production was higher than the prior year primarily due to higher mill throughput, while the cash cost was $1.62/lb, marginally lower than the prior year quarter.

Ramp-up of the Candelaria underground mine continues with the North Sector achieving a production rate of 10,500 tonnes per day. Development of the South Sector is progressing with a production start-up date now projected by the end of the third quarter.

Eagle produced 4,213t of nickel and 3,897t of copper during the quarter, both lower than the prior year quarter due to planned lower ore grades and severe winter weather conditions, which impacted ore transportation to the mill. Nickel cash costs of $0.37/lb were better than full year guidance and the prior year period.

Neves-Corvo produced 8,868t of copper and 18,773t of zinc during the quarter. Copper saw lower head grades partially offset by higher recoveries. Zinc head grades were 5% higher than the prior year period.

The company anticipates closing of its recently announced acquisition of the Chapada mine in Brazil in the third quarter while a ramp-up of the Candelaria underground mine in Chile and more ore production from the openpit are expected to increase copper ore grades in the second half of the year. It said its Eagle East nickel-copper development in the USA remained on schedule for first ore to the mill in the fourth quarter, while the Neves-Corvo zinc zinc-lead-silver expansion project in Portugal continues to make meaningful development progress.

Shares in Lundin Mining (TSX:LUN) fell almost 2% in early trading Thursday to C$7.20, valuing the company at C$5.3 billion. Its share price has increased almost 27% so far this year.