US-based copper giant Freeport-McMoRan is dipping its toe into the Australian exploration scene by signing up to explore for Western Pacific porphyry-style copper-gold in South Australia with Terramin Australia. 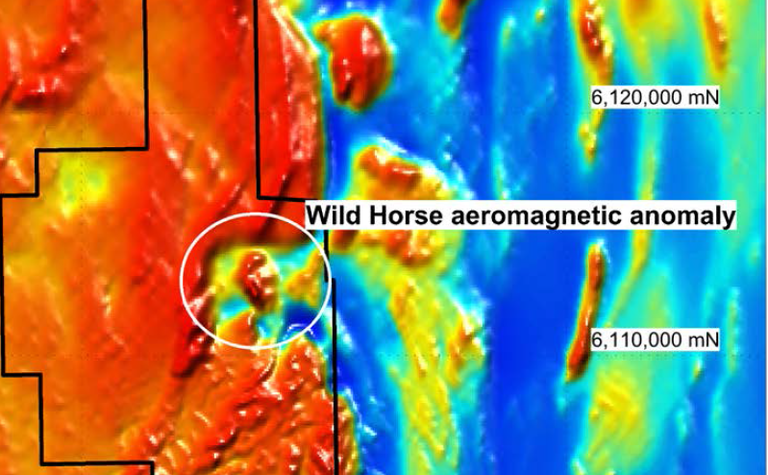 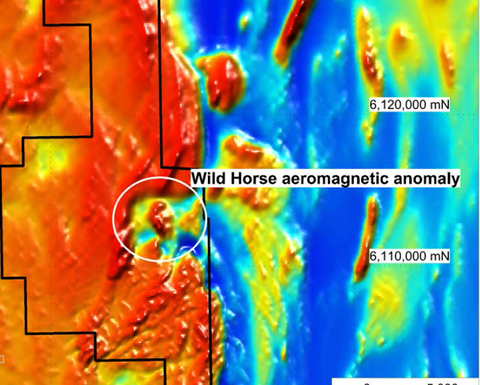 Wild Horse in South Australia is a massive anomaly

Freeport will earn up to 75% in the 462sq.km Wild Horse project that contains a distinct aerial magnetic anomaly located on the western edge of a magnetic granite pluton, about 80km south of Adelaide.
Terramin says the Wild Horse anomaly exhibits a "classic Western Pacific porphyry deposit style of ringed magnetic zonation" with a magnetic core surrounded by a demagnetised peripheral zone - a potential lookalike to Argentina's Alumbrera mine where the pre-mining resource was 695 million tonnes at 0.51% copper and 0.66 grams per tonne gold, with a high grade core of 118 Mt at 0.64% copper and 0.92gpt.
It is mapped over 1.3km by 2km and has been modelled between 100m and 1,400m at depth.
Freeport will earn 51% by spending A$3 million over four years, and can move to 75% by spending another $20 million over six years.
Terramin can then maintain its 25% stake, or take a 1% royalty if diluted to below 10%.
Wild Horse, which required a Commonwealth Department of Defence access agreement that was granted in March, is part of Terramin's Adelaide Hills projects that include its mothballed Angas zinc mine and mill, and 265,000 ounce Bird In Hand gold project.
Terramin is also trying to advance the Tala Hamza zinc project in Algeria and farm-out its Southern Gawler Craton tenements.
The junior had just $300,000 cash at the start of the quarter, but has a $21 million debt facility with major shareholder Asipac.
Despite the backing of the big miner, Terramin's shares dipped to hit a five-year low of 6.5c, valuing the company at A$121 million.
The entry of Freeport comes just days after the SA government resumed a taxpayer-funded A$10 million exploration acceleration plan, and follows a renewed push for Olympic Dam-style deposits in the Gawler Craton.

Says current drop in copper prices will be brief