The supreme court of Canada (SCC) has cleared the way for Taseko Mines to continue its planned geotechnical work at the controversial New Prosperity gold-copper project near Williams Lake, British Columbia. 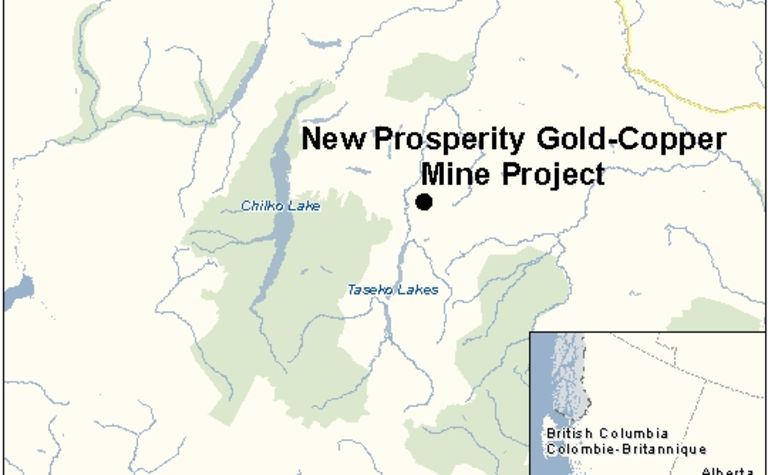 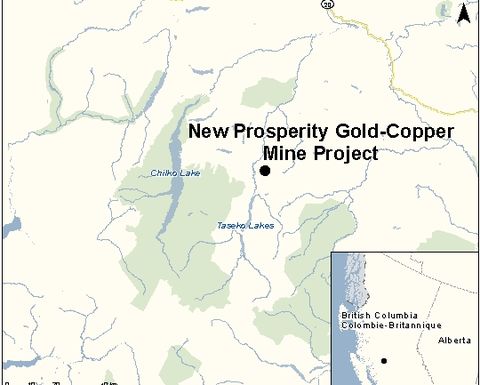 Canada's highest court has dismissed a First Nation application to overturn earlier judgements by the BC supreme and appeal courts that found against the Tsilhqot'in First Nation's argument the province had breached its duty to consult and accommodate in approving an exploration permit.

"Getting permission to mine in BC may be difficult, but it's not impossible. It just takes patience," said Taseko CEO Russell Hallbauer.

He said the SCC decision was clear: "Provincial permits authorising mineral exploration and development can, if done with care and consideration, withstand any possible legal challenge."

The Tsilhqot'in leadership decried the ruling. They are concerned the mine development will destroy sacred land and water, specifically Fish Lake, which the mine plan calls for dewatering.

"Government and industry are once again ready to threaten our lands and our people, to devastate a place of such spiritual importance to us, to impact our way of life - all in pursuit of gold," said chief Joe Alphonse.

"This simply cannot be acceptable in an age of reconciliation, in a time when government says it is ready to implement the UN declaration and recognise our rights as Indigenous peoples."

Chief Russell Myers stressed there was more reconciliation to be done.

"It is these moments, as Tŝilhqot'in and Indigenous peoples, that we understand that our place of authority within Canada is not yet being realised. The colonial apparatus of the Crown needs to change and begin developing legislation to move beyond conflict on our homeland."

Despite obtaining a provincial environmental assessment certificate in January 2010, the New Prosperity project had stalled after the federal government determined that it would have significant adverse environmental effects in the area and rejected it, twice.

Hallbauer also characterised this as "an important point in time", asserting "the legal challenges are over".

"The permit is sound, the work can and will proceed. What this ruling does mean is that we are taking the steps necessary to get closer to the day when such a decision can be made to build New Prosperity."

Taseko had previously outlined its exploration plans to gather hydrological data and other information required for the British Columbia Mines Act permitting process.

The permit authorises Taseko to clear 76km of new or modified road and trail, 122 drill holes, 367 excavated test pits and 20km of seismic lines near Fish Lake and Nabas, an area of profound cultural and spiritual significance for the Tŝilhqot'in.

The information will also aim to address the concerns expressed by the Tsilhqot'in First Nation during the federal environmental assessment, regarding environmental protection and the New Prosperity water management plan.

The New Prosperity deposit is the largest undeveloped copper/gold deposit in Canada and Taseko believes it ranks among the top 15 globally.

The is a porphyry deposit hosts more than one billion tonnes of resources in the measured and indicated categories, for 5.3 billion pounds copper and 13.3 million ounces gold. Taseko had calculated robust economics for New Prosperity at long-term gold and copper prices.

Hallbauer said New Prosperity could be a powerhouse for economic change in BC's central interior. Taseko has shown the project can on average produce about 540,000oz gold equivalent over a 20-plus-year mine life.

"It can be a positive game changer for First Nations as well. With lumber manufacturers closing mills and curtailing operations, potential mines like New Prosperity offer renewed hope and opportunity, especially for the people of the central interior," said Hallbauer.

Bryce Hamming, currently director of corporate finance, has been appointed CFO and Richard Tremblay, currently the VP and GM of Taseko's Gibraltar mine, will become VP for operations.

The announcements lifted Taseko's (TSX:TKO) equity as much as 13%, or C8c, on Friday. Taseko's current market capitalisation is about $167 million. The stock is trading 58% below its year-ago value, last peaking at $1.60. 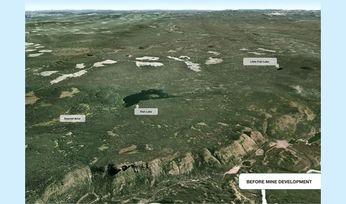 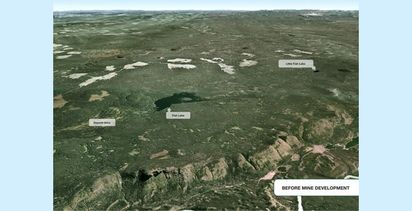