Chile’s state copper company Codelco has started belting out mineral from its US$5.5 billion Chuquicamata underground mine as it transitions from an openpit to underground mining operation. 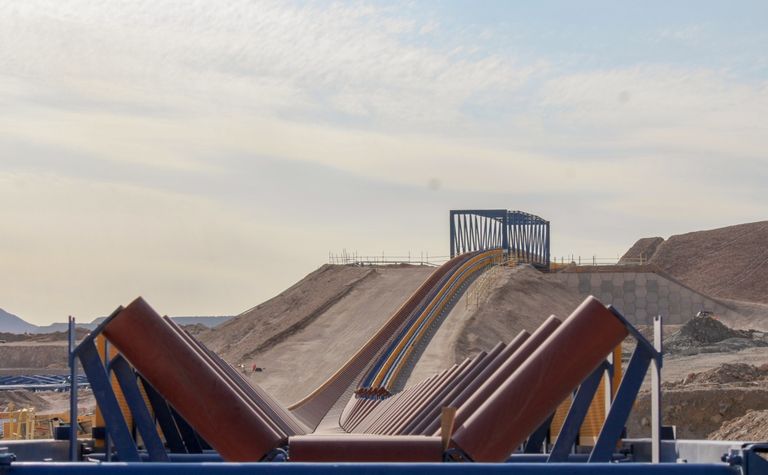 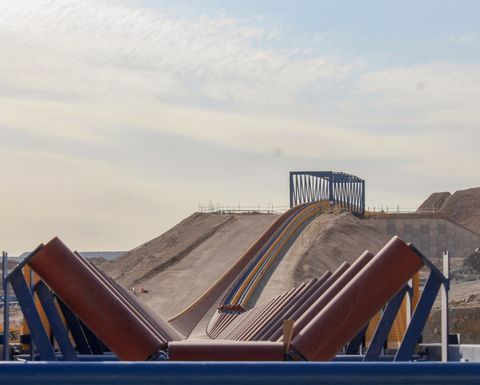 Construction of the 14km conveyor at Chuquicamata in Chile

In September the company began operating one of the largest, most ambitious and important ore conveyor systems in mining which will take material 14km from the bottom of the underground mine to the surface for processing. The system, built by Ingenieria y Construccion Sigdo Koppers (ICSK), will transport 140,000 tonnes per day of ore for the next 40-50 years and replace the use of trucks.

"One of the milestones of the start of the operations phase is the start-up of the materials management system whose commissioning began in September and which will allow us to transport and feed mineral to the concentrator plant at up to 140,000tpd within a period of five to seven years," said CEO Octavio Araneda during the company's third quarter conference call.

The Chuquicamata underground development was 94.7% complete at the end of October. In 2020, it will become the primary source of raw material for Codelco's Chuquicamata division with the openpit due to provide its last ore in December 2020.

Chuquicamata underground has a mineral resource of about 1.7 billion tonnes of copper grading 0.7%, and 502 parts per million molybdenum.