Drilling points to more potential at Kay Mine

Arizona Metals has reported intersecting massive sulphide mineralisation in an area previously untested by historic exploration, at its Kay Mine project in the US state. 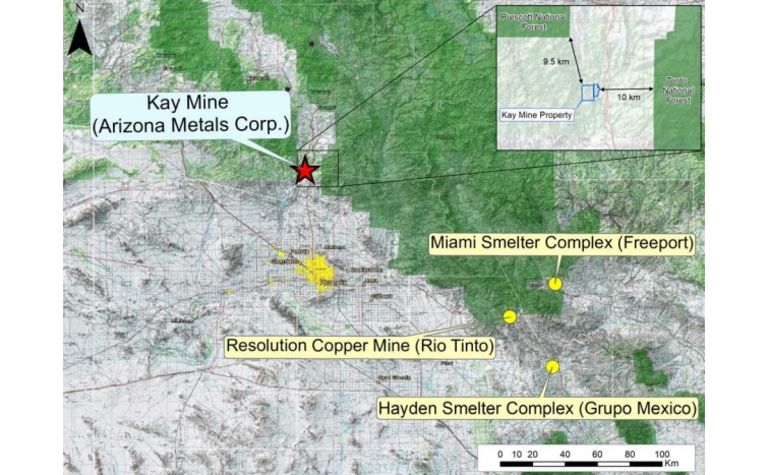 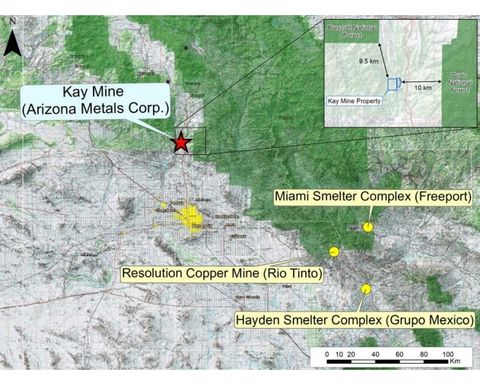 It said the drillhole was being used as a trunk hole to wedge a number of branch holes aimed at the 1500-foot level previously described by Exxon Minerals.

The company said the hole was about 40m below the 1500-foot level and was 80m above a hole drilled in March which had intersected 6.1m at 7.8g/t Au-eq.

The Kay Mine VMS deposit has been defined to a depth of about 900m and Arizona Metals believes it's open for expansion on strike and at depth.

Further results are pending from the ongoing drilling, which resumed a month ago after COVID-19 restrictions were lifted in Arizona.

The company is also planning to start a drilling programme at its Sugarloaf Peak gold project in Arizona's La Paz county next week, although CEO Marc Pais said this month the company's primary focus remained on the Kay Mine project.

It had raised just over C$6 million in a bought-deal offering priced at 65c per unit in May, primarily for exploration at Kay Mine in Yavapai county.

Arizona Metals (TSXV: AMC) shares started trading on the Venture Exchange in August 2019 after the company, previously named Ring the Bell Capital Corp, completed a three-cornered amalgamation with a subsidiary and Croesus Gold. 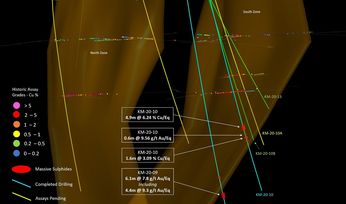 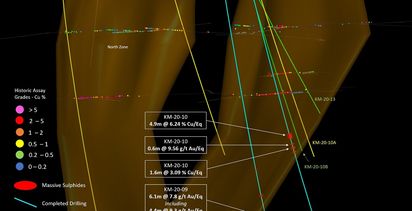