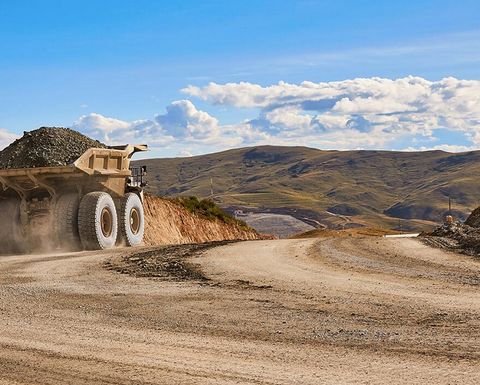 Consolidated copper production for the June quarter was down 27% from the previous quarter to 18,026 tonnes, reflecting Constancia's suspension to mid-May.

It said the government's state of emergency declared on March 15 due to COVID-19 had been extended to August 31 and there was a risk of further disruptions to mining operations.

Constancia was suspended in March, with the mill resuming full operations on May 18 and mining returning to normal levels in early July.

Hudbay said Manitoba was on track to meet 2020 cost and production guidance due to an "outstanding performance".

"Our Manitoba operations continue to impress with record gold production this quarter and a significant increase in revenues over the first quarter," president and CEO Peter Kukielski said.

"The New Britannia gold mill refurbishment activities continue on budget and on schedule to increase Lalor's annual gold production to over 150,000 ounces by 2022."

Hudbay also updated the resource for the 1901 deposit near its Lalor mine, including a new gold-rich inferred estimate of 500,000t at 6.8g/t gold, as it continues Manitoba's pivot from base metals to gold.

The company said industry groups had filed further briefs in support of its and the US government's appeal of a 2019 court decision, which had effectively put a stop to Hudbay's proposed $1.9 billion Rosemont copper development in Arizona.

The company believes the District Court misinterpreted federal mining laws and Forest Service regulations as they applied to Rosemont.

It finished the quarter with cash and equivalents of $391.1 million, thanks to a $115 million gold prepay transaction and cash generated from operations, partially offset by capital investments on the New Britannia refurbishment project.

It declared a semi-annual dividend of C1c per share.

Plans to redeem senior notes due 2023