Midnight Sun Mining says Rio Tinto has completed the initial work programme of a US$51 million earn-in and joint venture agreement on its Solwezi licences in Zambia, well ahead of schedule. 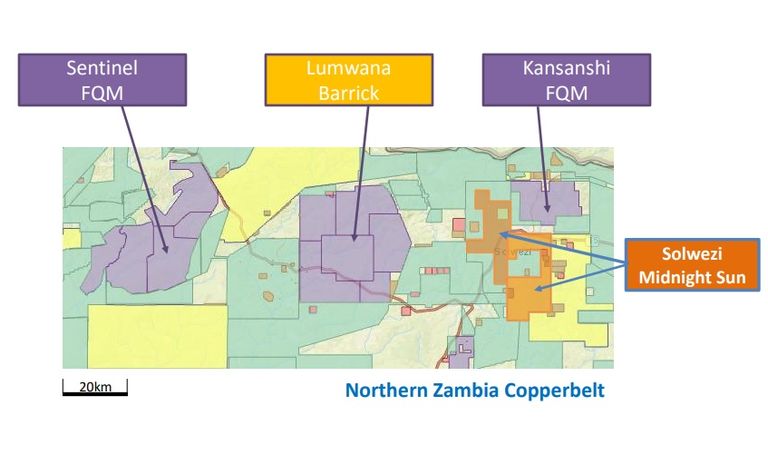 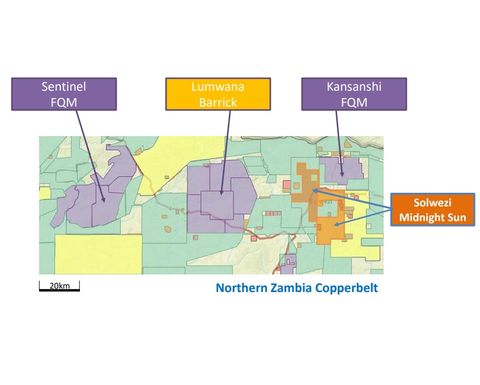 Under the agreement struck in April, Rio could earn up to 75% of the licences totalling 506sq.km, adjacent to First Quantum Minerals' Kansanshi mine.

"Under the terms of the earn-in agreement, Rio Tinto had two full field seasons to complete the initial work programme and they completed the [$3 million] programme in a matter of months," Midnight Sun president and CEO Al Fabbro said.

He said Rio had elected to proceed to stage one, where it could earn 51% by spending $16 million on the project within four years and paying $1 million in cash to the junior.

"I am very pleased to see the attention Rio Tinto is giving this project," he said.

He said a 3,000m diamond drilling programme was underway.

Midnight Sun had previously reported drilling results of 11.3m at 5.71% copper near surface at Solwezi's 22 Zone.

The company had increased its ownership of the two Solwezi licences in September from 60% to 80.65%.

Midnight Sun shares (TSXV: MMA) have ranged from C3-27.5c over the past year.

Agreement worth up to US$51M