Northern Dynasty Minerals said together with its native corporation partners it had wrapped up the summer work programme at its proposed, giant Pebble project in Alaska. 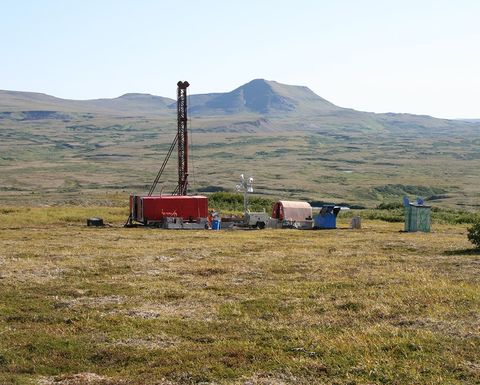 The controversial project which has a potential minelife of 101 years is facing a renewed veto, through legal action taken last month by the US Environmental Protection Agency designed to protect the Bristol Bay waters and fisheries.

Northern Dynasty has vowed to fight fresh attempts to kill the polymetallic project.

It's appealing the US Army Corps of Engineers' negative Record of Decision for Pebble, issued almost a year ago.

"We continue to believe that a mine here can operate in an environmentally sustainable manner and create significant economic benefits for the people in the region through employment, contracting of services, and partnering on infrastructure needs through right of way agreements and revenue sharing, in the state through GDP contribution and taxes and in the US by delivering much needed copper and other metals to help it achieve its clean energy transition goals," president and CEO Ron Thiessen said yesterday.

Theissen said the programme was "just a drop in the bucket of what is possible" in terms of a contribution to an area in need of economic stimulus.

The company had released results from a preliminary economic assessment in September for its proposed initial 20-year operation, plus expansion scenarios that could increase the minelife to 101 years.

The PEA put initial capex at $6 billion for the 20-year mine, excluding the addition of a gold plant, and put the NPV7 at $2.3 billion and IRR at 15.8% using forecast long-term metal prices.