Mark Cutifani, CEO of diversified miner Anglo American, said the mining industry needs to advance innovative solutions to reduce its environmental impact and better contribute towards meeting goals to reduce climate change, and in the process change the perception of broader society towards the sector. 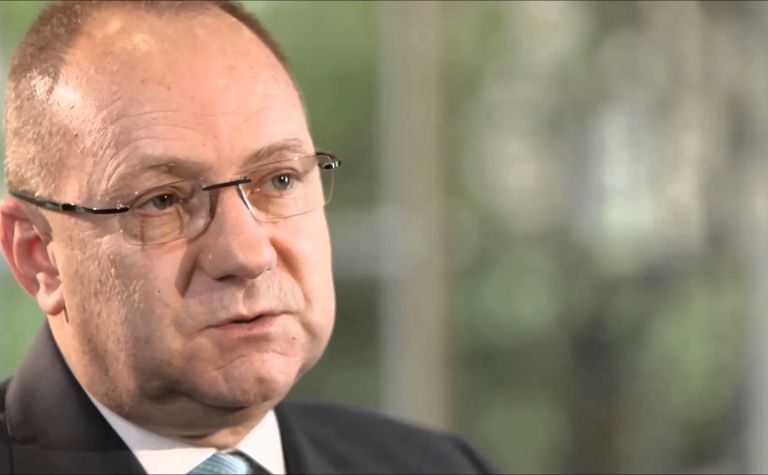 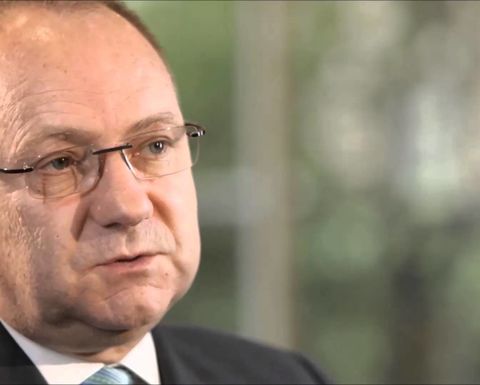 He told a conference in London on Wednesday the days when increasing scale was the solution to meeting the productivity challenge of declining grades, with innovation required to more less rock rather than more to enable mines to reduce their greenhouse gas emissions and reduce their environmental impact footprint.

"Up until now our industry has solved the supply challenge. By scaling everything up in size, bigger was better. That is clearly no longer sustainable nor acceptable. We need to be far smarter than that. This is an exciting time because … we can play our part in developing the new technologies to change the balance of the world. … Genuinely [mining] can be held to be the world's most vital industry to help ensure the future health of our planet," told delegates at a London conference.

The Anglo boss said mining was essential to unlocking a low carbon future, which is required to achieve the goals of the Paris Climate Agreement to constrain global temperature rises to well below two degrees Celsius, and ideally below 1.5 degrees Celsius.

While many in the sector focus on the need to produce more metals to sustain the energy transition and decarbonization, Cutifani also stressed its role in facilitating a revolution in agriculture to be able to feed the growing population using less farmland.

"Farmlands, either grazing or plant growing, takes up 50% of the Earth's surface. Our contribution as an industry to reducing that footprint so that we can dedicate more land to forestry and other activities including re-covering biodiverse habitats. … For those that say that we are destroying biodiversity, they really don't understand what is happening in the world today. … We can contribute by helping the agricultural sector, because productivity will be key in absorbing CO2. … We need to disrupt the established practice of just throwing more [fertilizer] on the fields," he said.

While the role of copper as a pivotal metal in acting to limit climate change is increasingly recognised, the scale of the challenge of boosting production in order to do so is often bushed over. "The demand forecast tells you that the task that we need to stand up to is massive. When you think about the fact that it takes 15 to 20 years to get a project like Quelleveco [in Peru] into production from discovery through the development, you start to grasp the enormity of the challenge," he said.

Cutafani stressed the efforts the sector is taking to decarbonise metal production including using renewable energy sources and decarbonizing the mining fleet.

"Last year, a little more than one third of the electricity we use globally, was drawn from renewable sources. By 2023, we aim to be drawing 56% of our grid supply from renewables. We're also looking to enable a renewables grid in southern Africa to unlock the value of our existing sites. … Our plan takes into account a combination of offsite wind farms, on site, photovoltaic farms, the potential for pumped hydro-electricity storage in the water we have in our underground mines," he said.

The Anglo boss said the challenge of reducing the emissions of its mining fleet led the company to develop its own 220-tonne trucks. With haul trucks representing some 10 to 15% of its scope one emissions, after OEM suppliers said they cannot produce trucks in the timeframes we were looking for. "We set about designing and building our own trucks. Our hydrogen fuel cell and battery hybrid positive track is being assembled as we speak in South Africa, and it will generate more power than its diesel predecessor. Our haul tracks contribute up to 80% of diesel emissions and by switching them to hydrogen and the hydrogen battery model, we expect to be taking the equivalent more than half a million internal combustion cars off the road," said Cutifani.

Cutifani also stressed efforts to reduce the footprint of mining operations by simultaneously reducing water and energy consumption while also delivering cost reductions and a productivity uplift. "We do this with the blasting technologies to improve ore fragmentation and increasing metal output. We're looking at ore sorting techniques to ensure we eliminate as much as possible of the waste rock before it enters the energy intensive crusher. We're looking at new classification technologies to use 30% less energy through our post particle recovery processes," he said.

George Cheveley, portfolio manager at Ninety One said investors have a key role to play in facilitating decarbonization in the mining sector, and not just by investing in the operators with the lowest carbon footprint.

"The way we look at ESG now is way less quantitative than we used to when we scored everybody as we realised that was too blunt. Now, we assess sectors and companies from all angles, what the externalities are and how a company is addressing them. That then informs our investment decisions around a company and what the risks are. We've then got a list of risks to talk to the company about and see how they can reduce those risks by engaging with them, are they hitting the milestones we want them to? It's maturing rapidly from a very simplistic debate only two three years ago that ESG was bad or good," he said.

Cheveley also said it is important for investors to understand the nuances between countries in different stages of development and their ability to decarbonise their energy grid or not.

The spectre haunting the mining sector