Hot Chili plans to issue a resource update during the March quarter combining the Cortadera and Productora resources, in what it now calls the Costa Fuego copper-gold project in central Chile, as it aims to publish a pre-feasibility study in the September quarter. 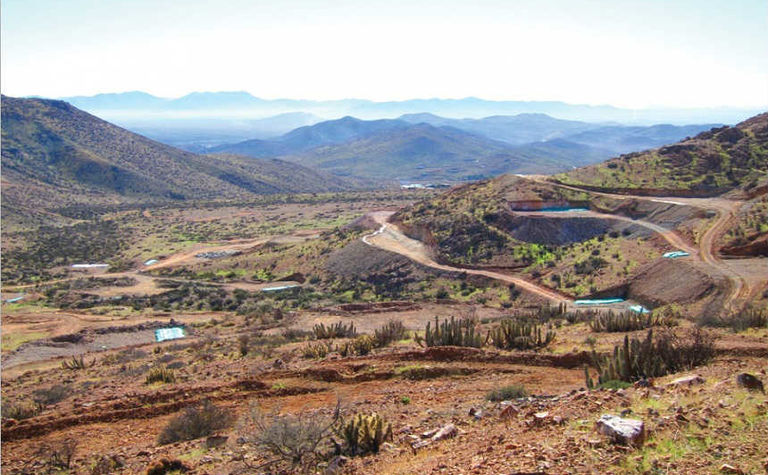 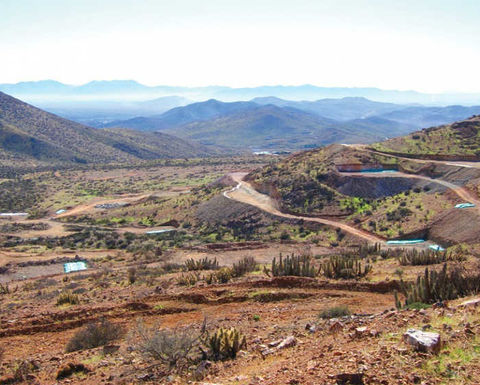 Recent drilling results from Cortadera deposit continue to expand Cortadera with highlights of 156m grading 0.4% copper and 0.1 gram per tonne gold from surface including 32m grading 0.5% copper and 0.2g/t gold, or 0.6% copper equivalent.

Hot Chili debuted on the TSXV at the start of this month having raised C$30 million in its IPO a move the company believes will help it realise the value of being a large copper developer.

"We found ourselves as the as the biggest fish in a small pond in Australia, which is not really known for its large-scale copper developers. When we took on Cortadera in 2019 we tripled our resource base and found ourselves the only senior copper developer that wasn't listed in North America. In the last cycle, there wasn't the rerate in the Australian market that occurred in North America. Craig Williams at Equinox Mining took a A$400 million company to North America at US$4 a pound copper, financed the mine, built it and nine months later was taken over for C$7.3 billion [in 2011 by Barrick Gold]. We're trading at three or four times out of the money compared to the values paid in North America for senior copper developers," MD Christian Easterday told Mining Journal.

The IPO saw global diversified miner Glencore become a 9.99% shareholder, attracted by the company's potential for low arsenic copper concentrate production. Hot Chili expects to sign an offtake agreement with the major later this quarter which may see Glencore take a 60% offtake on the first eight years of production. A supply of clean concentrate will potentially provide Glencore with material to blend with higher arsenic concentrates which it may be able to acquire for discounted prices.

"The Glencore investment gives us a solid endorsement and provides a good rubber stamp on what we're doing and the asset we have," said Easterday.

Glencore is also pushing Hot Chili to explore for the broader potential in the district in order to have a better idea of what the ultimate mining potential may be, and the company has commenced a 20,000m exploration drilling programme to test several copper-gold targets within its combined Costa Fuego landholding.

"We're aiming for a multi decade project that's going to put out 100,000 tonnes per year of copper and 70,000-80,000 ounces of gold. If we can add another asset of the scale into it, it's not inconceivable that this year we'll answer the question of whether is this a 150,000tpy copper project over 20 to 30 years? That's what Glencoe wants us to answer quite quickly, before we move into feasibility so we have given our exploration team 22,000m to drill 12 large-scale targets in a short period of time," said Easterday.

With a PFS due later this year, Easterday believes Hot Chili has one of the most advanced development stage projects in the world. With Costa Fuego being in the coastal range at low elevation, he says it has infrastructure advantages which will translate into a lower development cost compared to competing projects, including easement corridors to build a water pipeline from the coast and transmission lines, a full tailings storage facility and a water license.

"We are the only non-major in Chile that holds a maritime concession to extract seawater, which will provide all the water requirements for the entire combined development. We can process with salt water because of the metallurgy, which means we skip a $500 million item as we don't have to build a desalination plant. And we don't have to build a $500 million pipeline to bring water up into the Andes. We are potentially looking at a $1.3 billion project rather than a $3 billion one," said Easterday.

The company plans to use a rope conveyor to move ore to the plant at an estimated cost of 1.5c per tonne compared with 16c/t with trucks, for a $110 million capex compared with $630 million. With a potential mine start in 2026, Easterday also expects mining fleet suppliers to have launched commercial electrified solutions rather than the traditional diesel-powered haul fleet. "The largest transport benefit we're going to have is not running trucks between Cortadera and the plant site at Productora, 14km away at lower altitude. Rope conveyors are extremely efficient for a quarter of the cost of the conventional conveyor, or less than a tenth the cost of trucking, and with no carbon footprint," he said.

Hot Chili is working on getting power supply bids, with the project located to two of the biggest solar power developments in the country.

The EIA is about 85% on Cortadera and will now tie-in Productura into Costa Fuego, which are expected to be complete by year end for submission in early 2023. "We're looking to be at the development decision at the end of 2024," he said.

Potential to increase scale by one third