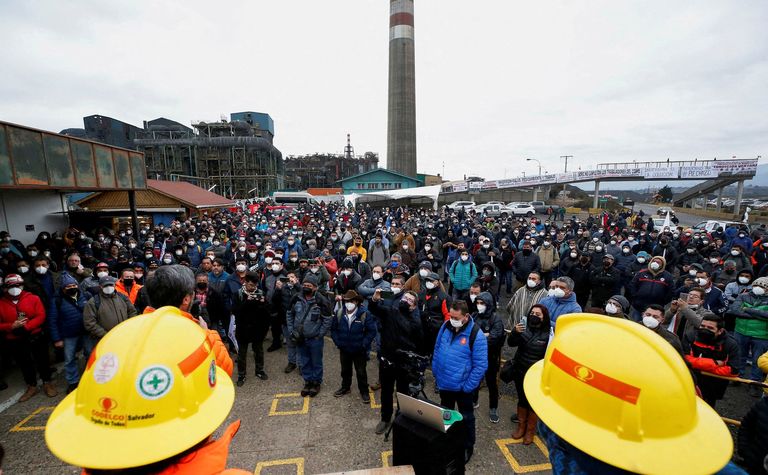 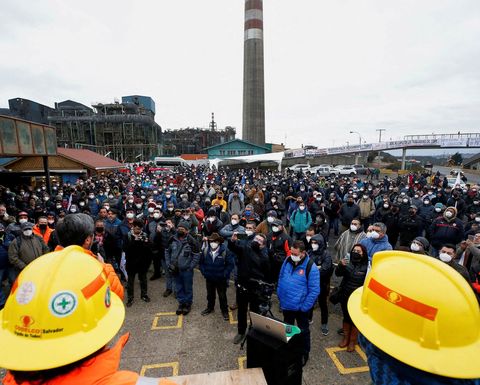 Ventanas workers gather in Chile, concerned about their futures

Codelco maintains that the smelter meets environmental standards. However, operations ceased on June 6 when the company decided to bring forward maintenance work after episodes during which up to 100 local residents including children and adults experienced intoxication.

Th copper producer created dialogue tables with the almost 350 workers and union representatives to transition them into other roles, as well as the 400 contractors.

Andrea Cruces, president of Union #1 at Ventanas said the board of the company, "is not disposed to invest in a division that has problems."

Codelco chair Maximo Pacheco said the smelter would be dismantled over a five-year period, indicating that its days were numbered due to its proximity to population centres.

"There will be no Codelco worker who is left unemployed," said president Gabriel Boric, whose administration has promised to be tougher on environmental regulation and management of polluting sectors such as mining. However, many workers are not content with the news and are threatening a national strike.

"We don't want more sacrifice zones," said the president, referring to industrial corridors where polluting industries were concentrated in the past. "This is a first step wotwards an ecological government, it is an historic moment, a point of inflexion," said environment minister Maisa Rojas.