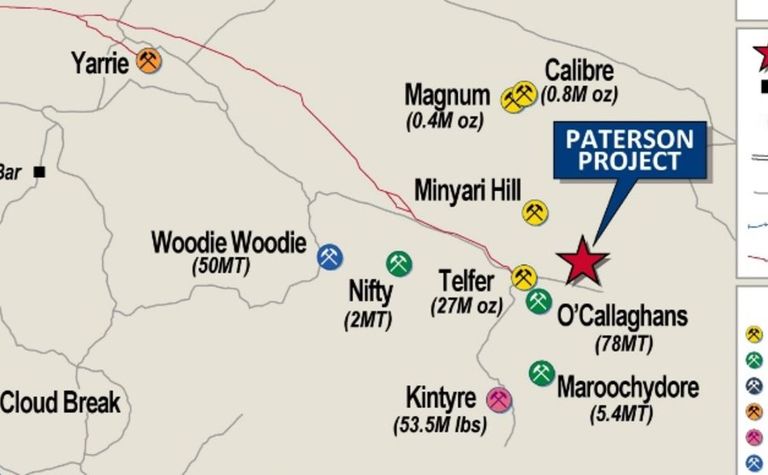 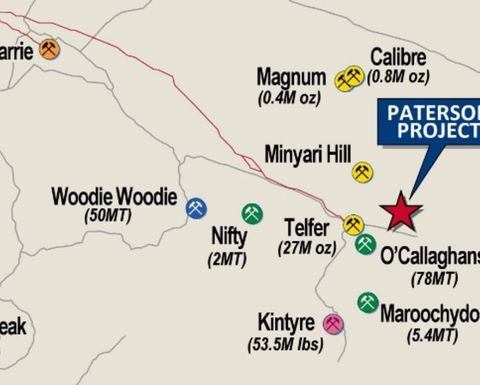 Joint venture partner and operator Newcrest Mining reported results from 2,800m of drilling, which extended Greatland's HAD006 from 838m to 1,216m and added two new holes, HAD010 and HAD011 had intersected high-grade mineralisation at depth.

Greatland said mineralisation had now been observed over 700m of vertical extent from drilling on a deep magnetic anomaly about 45km east of Newcrest's Telfer mine in WA's  Paterson province.

Hole HAD011 extended the known mineralised breccia and confirmed copper grades were increasing with depth, the company said, with assay values up to 2.3%.

"We are particularly pleased to see that the hole HAD006 extension, the deepest hole to date at Havieron, identified high-grade mineralisation at depth, which further supports our view that Havieron has the potential to become a large, underground mining operation in one of the most mining-friendly jurisdictions in the world.

"These results also reinforce our view regarding the prospectivity of the Paterson region and, more specifically, the potential for other magnetic anomalies in the region, such as the multiple targets recently identified at our Paterson Range East licence, to host tier-one gold-copper deposits."

Greatland's share price climbed from 178p on Wednesday to 197p on Friday - the highest level seen since March, but still below the 240p achieved during a spike in the company's share price in January.

Newcrest agreed earlier this year to spend US$5 million on the project, with the option to acquire 70% of Havieron by spending US$65 million on exploration and development over five years.

Drill programme begins in bid to build on 2021 progress

Greatland releases its own Havieron upgrade