Quarantine measures imposed by Chinese authorities on several cities in key copper refining regions to curb the spread of the coronavirus could potentially wipe up to one month’s worth of domestic copper demand, or about one million tonnes, from the demand equation, qualitative analysis by market intelligence firm Wood Mackenzie indicates. 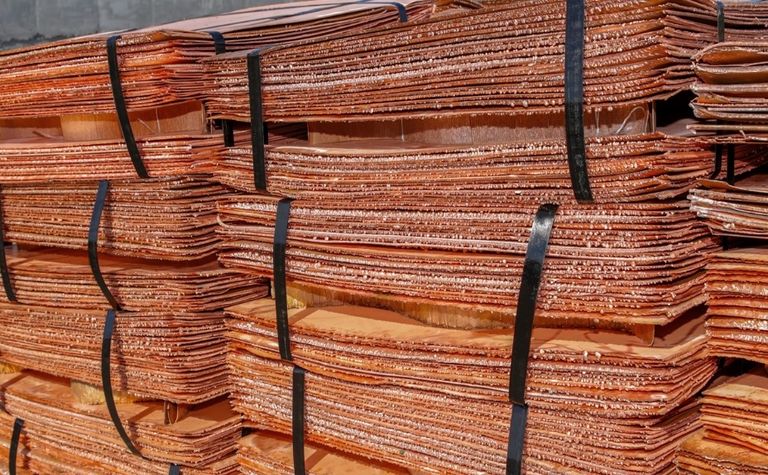 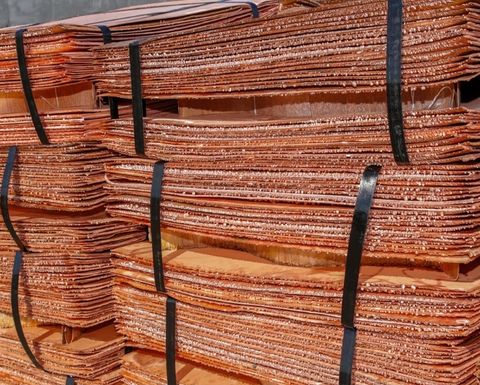 WoodMac's best case scenario is that demand from this sector would be delayed to later this year. "As a result, we believe that there is now a significant downside risk to our forecast of 0.9% Chinese total copper consumption growth for 2020."

China accounted for about 47% of the total global copper consumption in 2019.

WoodMac's copper research team said under its most optimistic estimates that the situation starts to improve, it would probably take one-to-two months for conditions to return to normal.

China has taken several measures to contain the spread of the virus, including placing all cities in Hubei province under quarantine. The Chinese New Year holiday was also extended by three days to February 2 by the central government and many local governments were extending the delay, with many companies having to resume working later, after February 10.

As a result, logistics and people movement have been impacted. Trains and flights have been cancelled with (several) checkpoints set up on the roads. As a result, land freight, especially inter-provincial transportation, has been significantly affected.

Unlike copper fabricators, smelters and refineries did not stop operating over the Chinese New Year national holidays, as is common practise. However, this does not mean there are no risks to smelter production. The two main concerns hinge on the raw material freight movement and acid sales.

With logistics networks paralysed, there is a general loss of efficiency across the concentrates supply chain from ports to smelters due to restrictions on movement and extended holidays for couriers, customs brokers, customs, and others.

Concentrate delivery delays are also being experienced by many other smelters in China. Daye is the largest smelter of concern among the Chinese operations, producing 500,000 tonnes per annum refined copper, including 300,000tpa primary production and 200,000tpa from purchased blister and anode.

As all the cities in Hubei are quarantined, the utilisation rate of acid consumers in Hubei has declined and many smelters are now having difficulties selling their acid.

"We have heard that in some cases, smelters can find a buyer for their acid, but are finding it difficult to ship the acid due to the impact on the supply chains due to the virus. Some coastal smelters have been more than happy to export their acid at FOB US$0/t if they can, given that there is no domestic demand."

As pressure on acid storage mount, Guixi, the largest smelter in China, started to reduce the amount of concentrate charged into the furnace in the first week in February. Due to the high inventory of acid and difficulties obtaining some other consumables, Tongling Nonferrous started to reduce utilisation rates at at least three of its smelters in the city of Tongling.

"We understand that utilisation rates have been reduced to 70%-90% at these smelters. How long production cutbacks will last or whether there will be further curtailments will depend on when the state of emergency, due to the virus, will be revoked."

Smelters cutting production have a total primary capacity of 2.7Mtpa, with another 1.7Mtpa primary smelting capacity at risk.

Other potential copper-related consequences from the epidemic include construction of new projects will be delayed; delayed restarts of copper first-use demand after the Chinese New Year holidays; the restricted movement of people will bring further disruptions to end-use copper demand; and muted end-use demand will hurt utilisation rates at copper semifabricates manufacturers (which make copper bars, rods and profiles are usually obtained by rolling, extrusion or drawing).

WoodMac warned cathode stocks could increase at both domestic and bonded warehouses.

Bloomberg reported Wednesday out of Chile that Cochilco, the world's biggest miner of the metal, market coordinator Victor Garay said China had requested it to delay copper shipments for the time being due to port shutdowns.

Prices on the London Metal Exchange has increased nearly 3% in the past three sessions to $5,713/t, after falling for 14 days through Monday, shedding about 12% in the period.