Northern Star Resources’ March quarter has fallen short of expectations, even after the company flagged a 10-15% impact on production due to measures implemented to tackle COVID-19. 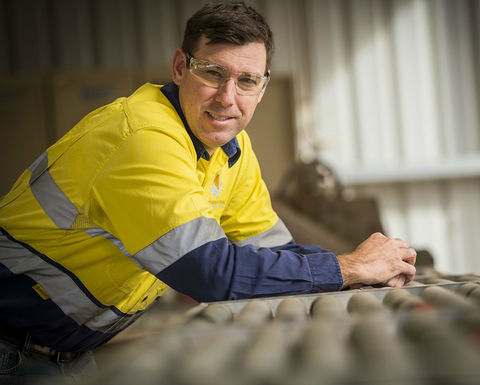 "It's been a difficult quarter on many levels," executive chairman Bill Beament said today.

He said Northern Star had acted early with many of the cost impacts being one-offs and largely felt in the March quarter.

Still, Beament warned the industry would start to see the ramifications of lower productivity due to travel restrictions in quarters ahead.

"We don't have an ideal operating platform but it's manageable," he said.

Beament estimates changes made have resulted in about a 10% drop in productivity.

"It's early days but that's our gut feel at the moment," he said.

While March was the company's best production quarter so far this financial year, both the company and analysts had been expecting a much better result.

Jundee in Western Australia sold just 52,629oz, compared to a usual quarter of more than 80,000oz, due to a 10-day processing shutdown and lower grades.

The company said Jundee remained ahead of its full-year guidance with 219,484oz produced year-to-date.

At the end of the quarter, Jundee had 76,000oz of stockpiles and gold in circuit.

The $22 million plant upgrade to 2.7 million tonnes per annum is due to be completed in the current quarter.

Kalgoorlie production was impacted by 10% due to the introduction of COVID-19 measures, but will recover in the June quarter as the workforce stabilises and the first ore from the new Moonbeam deposit is processed.

The operation is 100% residential and has not been impacted by COVID-19.

At Pogo in Alaska, the company has had six cases of COVID-19, all of which have recovered.

"We were expecting a much stronger quarter in the March quarter," he said.

The positive coronavirus cases, lack of availability of specialised skills from the lower 48 US states and Australia, and the impact of the freezing weather on social distancing had impacted the mine's upward trajectory.

Staggered shift times at Pogo have reduced the available work hours by 10%.

However, it generated positive free cashflow in the March quarter.

Site costs are down $800,000 a month since the December quarter, and Northern Star expects them to reduce further.

At a group level, the company generated underlying free cashflow of $89 million for the quarter after investing roughly $66 million in growth capital and exploration.

Northern Star had cash, bullion and investments of $551 million at March 31 and debt of $700 million.

The company restructured its hedge book and has no ounces due in 2020, but will continue to deliver into forward sales to close them out as soon as possible to gain access to the full benefits of the strong spot price.

Northern Star has reduced full-year guidance due to the uncertainty, but expects improvements in the current quarter.

"We expect a stronger quarter in June for sure," Beament said.

However, he said the company would always put the health and safety of its people first, which could result in further impacts.

Beament said Northern Star had put some of the best coronavirus-related measures in place in the global mining sector.

"And we put them in place very early from that perspective … there was undeniably an impact on our production and financial performance, but that was minor compared to the cost of having to
stop production because of the virus," he said.

"We have our new systems in place and we have offset the costs where possible and we are now set for a better June quarter, both in terms of reduced cost and productivity impacts relating to the virus, and from the more conventional operations perspective."

The company has established a $10 million COVID-19 fund to assist local health services, communities and businesses, of which $2 million has already been committed.

Expectations for higher deal values rise in step with sentiment