Harmony Gold Mining (JSE: HAR) has withdrawn its FY20 production guidance of 1.4 million ounces due to the impact of COVID-19 and continued uncertainty regarding when its South Africa mines will be allowed to return to full production. 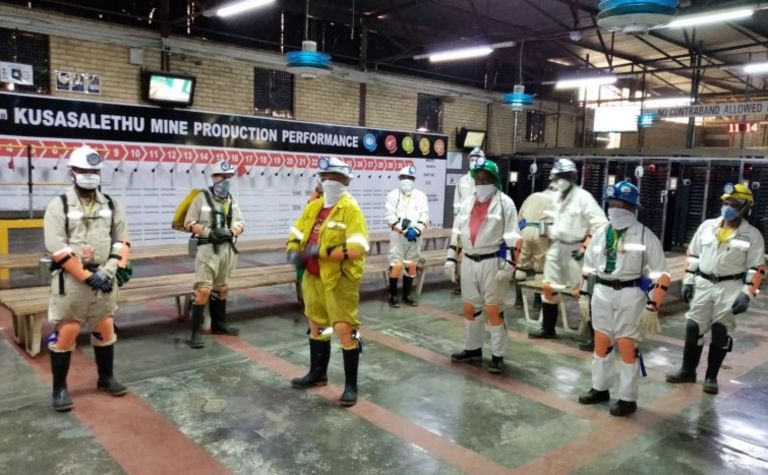 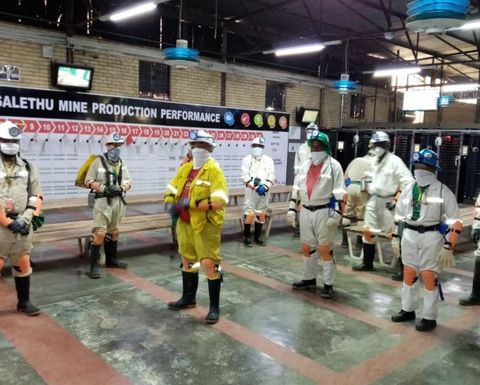 The company is aiming to consolidate its position as South Africa's primary gold producer and said it planned to issue shares to raise up to US$200 million to help pay for its acquisition of AngloGold Ashanti's business in the country under a deal worth about $300 million announced in February.

Harmony said $200 million was payable on the date of fulfilment of the last of the conditions precedent, which was expected to be in the coming months.

Shareholders will vote on the proposed raising at an extraordinary general meeting to be held electronically on June 11.

Harmony's gold production for the March quarter was 302,312 ounces, 9% lower than a year earlier due to loadshedding by Eskom early in the quarter and six full days of operation lost at its nine South African underground mines at the end of March, in compliance with the national COVID-19 lockdown regulations.

Harmony said yesterday its South African operations had made an estimated 50% return to operational capacity, allowed under eased regulations, but it was not sure when a ramp-up to 100% would be permitted.

It had tweeted on the weekend resources minister Gwede Mantashe was satisfied with its COVID-19 compliance following a surprise visit.

Its surface operations and Hidden Valley in Papua New Guinea had continued to operate during the lockdown period, although Hidden Valley had been impacted by a 14-day mill stoppage in January.

Harmony said PNG's prime minister James Marape had notified the company of the government's desire to progress permitting discussion for its Wafi-Golpu joint venture project "as one of three priority projects in the country".

However the resumption of discussions had been constrained by the pandemic and uncertainties around proposed new mining legislation and Harmony said it was difficult to estimate what the permitting timeline would be.

It comes as Barrick Gold yesterday reduced 2020 guidance partly due to the "surprise" of PNG not renewing the special mining lease for its Porgera joint venture operation, with the parties due to return to court tomorrow to report on the progress of talks.

"There is much about the future that remains unknown, but we are grateful we mine a commodity from which people continue to derive confidence in times of turmoil," Harmony said.

Its operating free cash flow margin more than doubled to 13% for the nine months to March 31 due to the higher rand gold price received.

The company finished March with combined cash balances of R1.65 billion (US$92 million).

Given the volatility in financial markets, Harmony said it was engaging with its lenders to relax the TNW covenant - which requires its tangible net worth to net debt to be above 4 - as a precautionary measure.

Price to be determined