Rio Tinto CEO J-S Jacques says the best way the company can contribute in this “uncertain and unusual” time is to continue to operate. 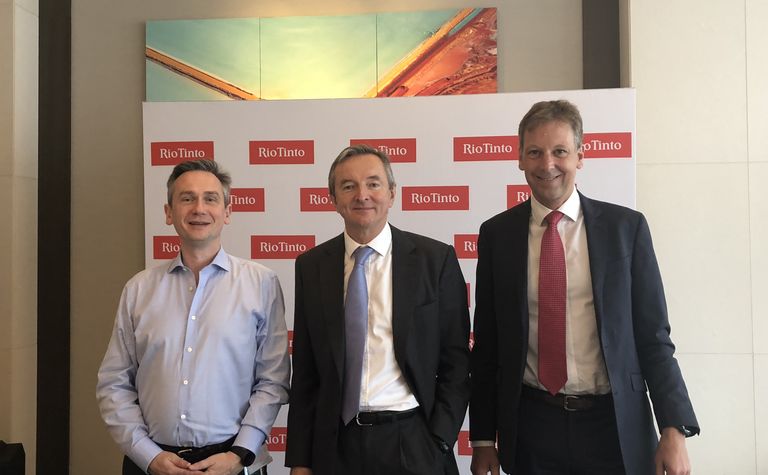 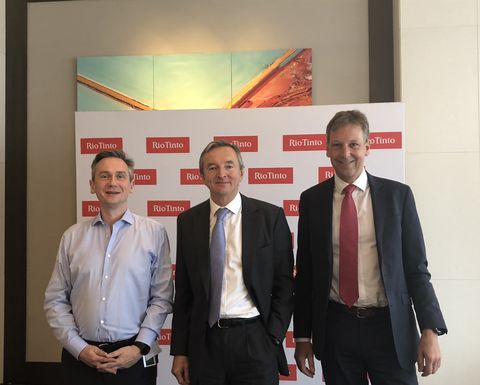 "At this point, all of our operations are running," he told the company's virtual annual general meeting. "But we are not complacent and remain extremely vigilant, as the situation evolves rapidly."

Jacques refused to disclose how many Rio employees tested positive to COVID-19, but said it was a "very small number".

He said the company remained resilient as it adapted, which included the changing of 11,000 rosters across the group.

Jacques said the company was hiring another 300 people and its existing workforce had been "magnificent".

Jacques said the board discussed this week how some of the changes could be positive.

"What would be beneficial to keep? It's early days," he said.

Rio's Perth and Brisbane offices have remained open, as they are operating centres that control the company's Pilbara iron ore network and Queensland bauxite operations, respectively.

However, staff have been split into teams and are working from home on alternate shifts.

"Should we have the red team and the blue team all the time?" Jacques said.

"One thing is for certain, the new ways of working will be different to the old ways."

Jacques said while he had often talked about the importance of resilience and partnership, agility had become increasingly important.

"We have again adapted quickly and we are working to partner in different ways," he said.

"We are not complacent as we believe the full economic impact of the pandemic is yet to be felt."

Rio chairman Simon Thompson praised the Australian government for its response to the pandemic.

"It has been very encouraging to see strong leadership and co-ordinated action by the government, public services, communities, unions, civil society and business to address both the public health crisis, and its economic consequences," he said.

Jacques identified energy policy and company tax as areas that could be looked at to kick-start the economy after the crisis.

"We are engaging with multiple parties through the BCA, the MCA, including with the taskforce established by the prime minister and led by Nev Power, to propose a comprehensive set of initiatives and ideas on how we can restart the economy in Australia as quickly as we can," he said.

Thompson said the current challenges presented an opportunity for governments, communities, unions, civil society and business to work together.

"Not only to restart the economy, but also to redirect it onto a pathway towards a more resilient and sustainable future," he said.

Aside from the pandemic, issues around climate change dominated the meeting, with Rio again resisting a push to set scope 3 emissions, which are the emissions of its customers.

"It's extremely problematic for the mining industry to be setting targets for steelmakers," he said.

On China, Jacques said the company's staff in Beijing and Shanghai were back working in the offices.

"We have also connected with our customers in China and it is reassuring to hear it's business as usual for them," he said.

Chinese trade data released yesterday showed a rise in exports, with demand for imported commodities resilient, according to ANZ Research.

"Nevertheless, a slow recovery both in China and globally could be a constraint on imports."

Perennial Value Management portfolio manager Sam Berridge told the NWR Virtual Resources Conference this week that China had been a "bright spot" for commodities, but warned it would be a big ask for the country to offset the weakness in the rest of the world.