COVID-19 is presenting various temporary obstacles for the mining and exploration sector in Colombia even though the government excluded it from the health emergency isolation measures imposed in March, which shut down much of the economy.

While the government has encouraged regulatory agencies to use virtual meetings to avoid face-to-face meetings, in practice, that has not been so simple for public hearings related to the award of concession contracts or prior consultation processes, Angela Salazar, head of mining at Lloredo Camacho said on a Colombia Mining Legal Tour webinar.

"The ANM [National Mining Agency] has implemented a mixed system of presential and virtual meetings for public hearings but many municipalities don't have internet access so this is going to be a huge challenge. Or, the granting of mining concession contracts is going to be suspended for a while," she said.

The situation is currently more problematic for companies engaged in prior consultation processes with Afro or indigenous communities, which has elicited conflicting opinions from different government ministries on how to undertake them.

"Prior consultations require a lot of meetings. The Ministry of Internal Affairs issued a memo to use virtual tools to continue with these. However, the Public Ministry warned that using virtual means could endanger the rights of the communities to be consulted and so the Internal Affairs Ministry then withdrew its memo. So, it is currently unclear whether or not it is possible to perform these meetings. Our advice is to wait until face-to-face meetings are possible," Camacho said.

With mining a permissible activity throughout the health emergency, miners have generally been unable to suspend their obligations before the state and COVID-19 is not considered a force majeur event.

However, the mining sector has won praise for the health and social distancing protocols it has adopted. "The protocols adopted by the mining industry are being used as an example for other industries that are now returning to productive life," Camacho said. 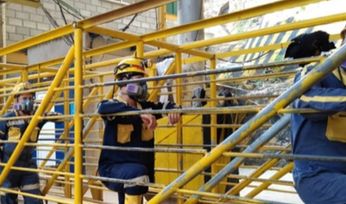 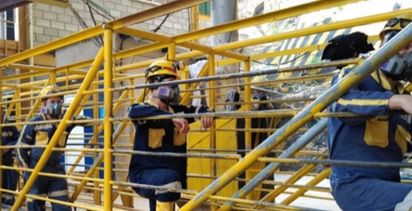