The Minerals Council South Africa has hit back at recent assertions which labelled the mining sector as the country’s “epicentre” of COVID-19. 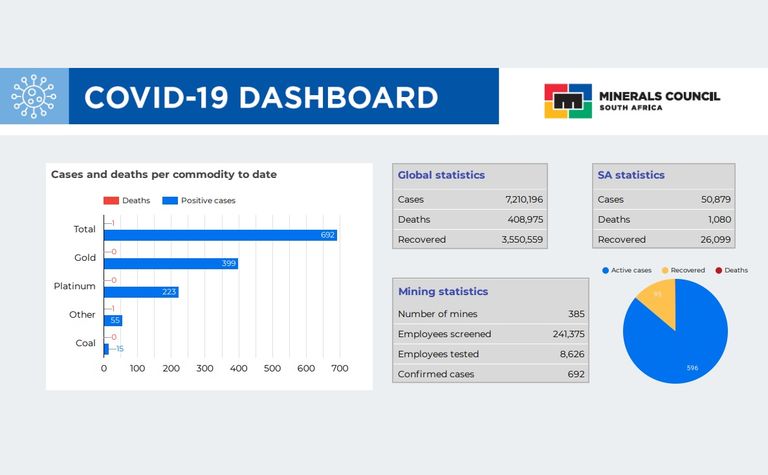 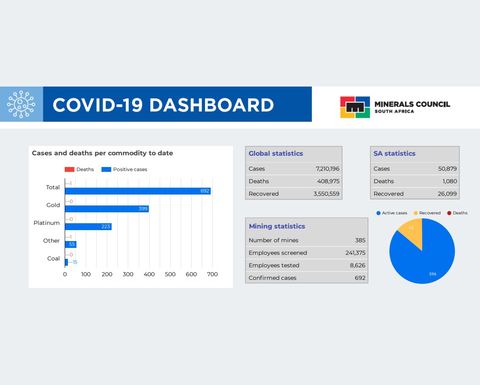 "These assertions are not only inaccurate but serve to spread fear amongst mineworkers and the communities in which they reside or come from," the council said yesterday.

The number of mining employees with COVID-19 has risen from 411 on June 1 to 692 yesterday, with one death recorded, according to minerals council figures.

This compares with almost 53,000 confirmed cases and more than 1,100 deaths in the country, according to today's figures from Johns Hopkins University.

The council acknowledged there had been a steady increase in the number of COVID-19 cases detected in the industry and clusters at particular mines.

The largest cluster reported to date was 196 cases identified in late May at AngloGold Ashanti's Mponeng, which prompted the suspension of the world's deepest gold mine.

However the council pointed out more than 230,000 miners were back at work and all had been screened for the virus prior to every shift, with many of the positive cases asymptomatic.

It said these individuals were unlikely to have been identified outside the industry and suggested the overall incidence was more likely lower than in the population as a whole, given the intensive hygiene and social distancing measures required at every minesite.

The industry was ordered last month to implement mandatory measures to mitigate and manage COVID-19, after the Association of Mineworkers and Construction Union successfully sought binding regulations to protect mineworkers as operations started ramping up during the country's lockdown.

The council said the high quality of care offered to employees who contracted the virus could be found in the fact there had been one death of a mineworker due to COVID-19.

It said this was a cause of grief but it was gratified the death rate was "far lower than that for similar age groups in the country as a whole".