The number of mineworkers in South Africa who have died due to COVID-19 has risen to six, according to the minerals council's latest figures which also imply significant job losses. 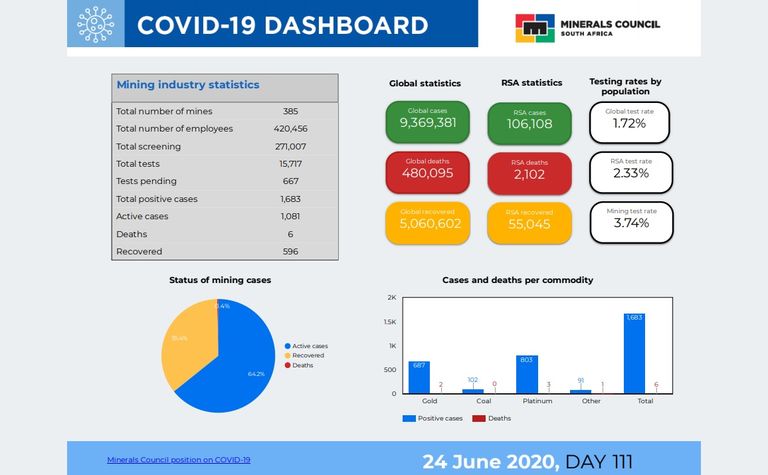 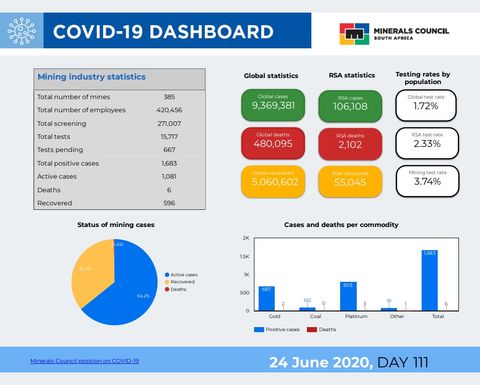 The Minerals Council South Africa figures indicate more than 34,000 jobs have been lost in the industry, which employed about 455,000 people in 2019.

The mining lobby group had reported the industry's first death from the global pandemic on May 15.

At the time, there were 23 positive COVID-19 cases among the country's mining employees.

That figure broke through the 1,000 mark last week, with the second death recorded last Monday.

This week is the first time the council's COVID-19 dashboard has included the number of mining employees, which is about 34,500 less than the 454,900 it has said were employed last year.

Except for collieries supplying Eskom, South Africa's mines were ordered to close in March for a 21-day shutdown to help halt the spread of the pandemic.

Some mines were later allowed to ramp up to a 50% workforce capacity, with the industry becoming subject to mandatory guidelines to protect workers, and all mines were allowed to resume at 100% this month.

Council CEO Roger Baxter estimated in May there would be an 8-10% impact on mining production this year due to the pandemic.