Gold major Newmont Corporation has forecast a 40,000-50,000 ounce production impact for the remainder of the year due to the COVID-19 outbreak at its Tanami mine in the Northern Territory. 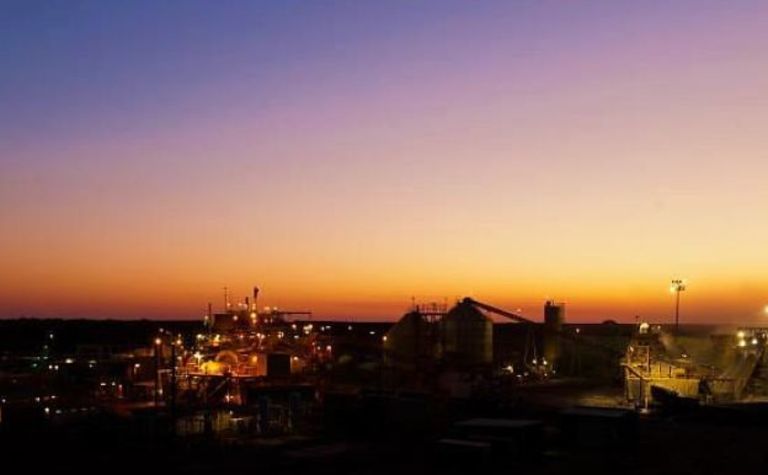 The company put Tanami on care and maintenance on June 26 after a worker on site tested positive to the virus.

That worker contracted the highly infectious Delta strain of the virus during an enforced one-night hotel quarantine stay in Queensland on his journey to site from his home in Victoria.

The outbreak sent more than 700 workers on the site to their rooms for a fortnight and authorities frantically scrambling to trace the workers who had flown out from the site during the period the miner was infectious.

It also led to Darwin and Alice Springs having to go into lockdowns.

"We began ramp up out of care and maintenance on July 13," he said.

At July 22, the Tanami operation was running at about 90%.

"Its higher ore grades more than offset unplanned mill maintenance and longer haul distances from the base of the mine."

Atkinson called the company's Australian team's actions after the positive COVID-19 case was discovered at Tanami "courageous" amid such a "dynamic and extraordinary set of circumstances".

He said Newmont was still learning from and managing the impacts and consequences of the virus.

Earlier in the presentation Newmont president and CEO Tom Palmer said it was "critical" workers were vaccinated against COVID-19.

In the US 51% of Newmont's workforce have been fully vaccinated and 55% have had at least one dose.

In Canada 43% are fully vaccinated and 69% had at least one dose.

In Australia only 9% of Newmont's workers have been fully vaccinated and 27% have had their first dose.

Despite the COVID-19 constraints, work on the Tanami 2 Expansion project managed to advance.

During the quarter the shaft hoist structure was advanced.

Atkinson said the work on the shaft remained on track to deliver significant production, cost and efficiency improvements in the first half of 2024.

"And we continue to expand the use of the gold industry's first autonomous haul fleet," Atkinson said.

"Today we're operating 20 trucks in the South Pit and we remain on track to deploy the entire fleet of 36 trucks by the end of quarter three.

"The efficiencies from autonomous haulage coupled with improved performance from the mill will continue to drive performance at Boddington."

Atkinson said the improved mill performance helped offset shovel reliability issues and geotechnical "challenges" in the South Pit, which had "the potential to impact our ability to reach as much of the higher grades as we had planned in the second half of the year".

Firm benefitted from spike in prices after Russia's invasion of Ukraine