Magnetic Resources (AU:MAU) has recovered its largest nugget so far from the Mertondale project in Western Australia, which tipped the scales at 21 ounces. 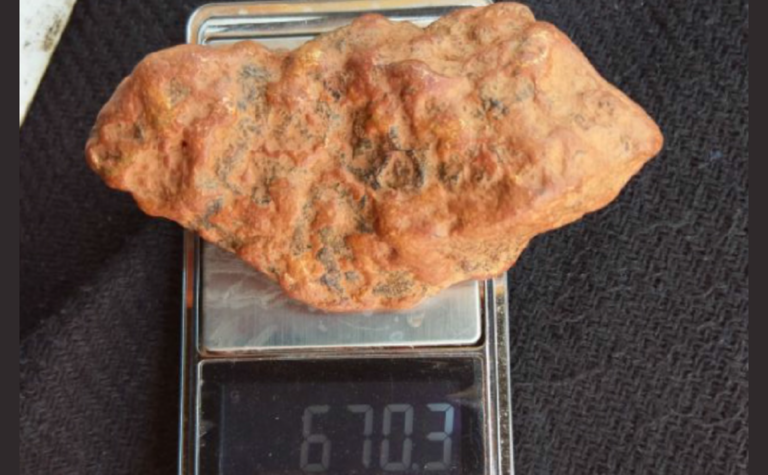 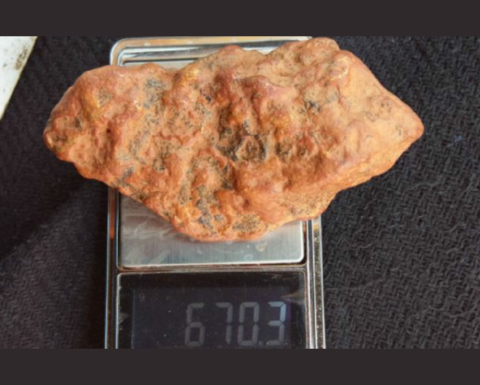 According to managing director George Sakalidis, the nugget is "mainly gold".

Prospectors have recently recovered almost 50oz within the north-eastern part of the Mertondale tenement from depths to 2m, with the successes said to bode well for further exploration.

Sakalidis told Mining Journal's sister publication MiningNews.net that Magnetic, which had A$980,000 (US$754,945) to fund exploration at the end of September, was working aggressively with prospectors and off its own back to understand the geological picture down to 60m within its 180sq.km of leases along Mertondale and parallel shears in the hopes of finding a 1 million ounce deposit.

The prospectors have so far turned up a lot of smoke suggesting a deeper Laverton-style orebody might exist.

Local pastoralist Matt Taylor will soon remove a 500 tonne bulk sample, for which Magnetic will receive 15% of the gross sale value of all minerals, as well as a wealth of useful geological information.

"The prospectors have found quite a lot, and are they systematically looking at the areas where gold has been detected on surface, while we are we are conducting deeper RC drilling beneath these areas and we are seeing pretty interesting rocks," the veteran geologist told MNN.

Beneath the nuggets are fine-grade gold in the laterites, which suggest potential for a lateritic-type deposit as well as a more traditional orebody.

Given the large size and angular shape of the nuggets recovered to date, Magnetic does not believe they have travelled far from the bedrock source.

The junior has completed detailed soil sampling, RAB and RC drilling to help understand the subsurface picture, with anomalous gold values and pathfinder elements over 6km of strike, within a wider 22sq.km area with indications of laterites.

Assays are expected within several weeks.

Magnetic shares have jumped sharply since last week, when they traded around the $0.27 mark, and were up 15% in trade today to $0.305, valuing the company at almost $45 million.

*Haydn Black is a reporter for MiningNews.net

Wiluna timing is on Milan Jerkovic's side